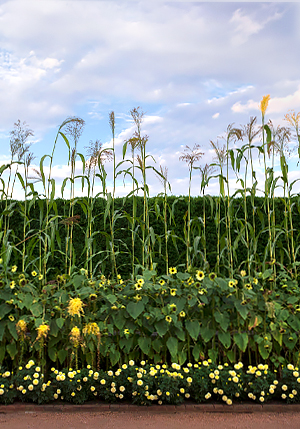 For decades, garden lore has touted the benefits of companion planting—like growing tomatoes with basil or rosemary with broccoli. The idea is that companion plants enhance each other's growth or protect one another from pests. Garlic or chives planted alongside roses is supposed to deter Japanese beetles, aphids, and other pests. Nasturtiums reputedly repel cucumber beetles.

Does it work? “There’s an unbelievable amount of information about companion planting, but you don’t find much in the way of scientific journals or reviews,” says Tom Tiddens, supervisor of the Garden’s Plant Health Care department. “Companion planting is an interesting technique and organic growers swear by it, but you need to have all-around good horticultural practices, like scouting for pests.” 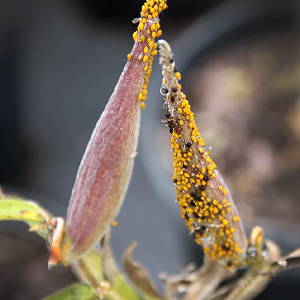 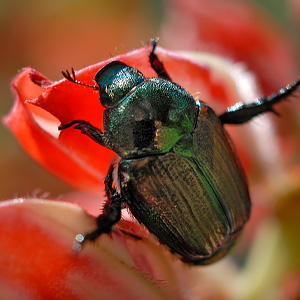 Tiddens is big on having plant and environmental diversity in the home landscape. “Rather than using plants to discourage certain insects, you can attract a lot of helpful insects by providing a lot of different environments—sun, shade, dry, wet, low-growing plants, taller plants.”

Attracting a multitude of different insects is not a bad thing. Beneficial insects come when there’s something for them to eat. “We want to mimic Mother Nature by having diversity in the landscape to strike a natural balance. You can do that on a small, quarter-acre yard.” Garden centers and big-box stores have large selections of insecticides, but they often kill the good with the bad. “Using organic techniques has a synergistic effect and companion planting is just one of those techniques,” Tiddens said.

While scouting or monitoring the Garden for pests, Tiddens says, “When I see my first aphid, I don’t get too worried. I’ll come back in a week and look at the plant. Often a beneficial insect is taking care of them.”

“Not to wade into the needlessly controversial, but the most likely effect of placing one plant to repel insects on another plant is the psychological comfort it gives to the gardener. It’s the attractive nature of companion plants that saves the day, and the reason for this is increased biological diversity.” —Eric Grissell, Insects and Gardens: In Pursuit of a Garden Ecology.

Some gardeners plant a cucumber in the corner of the yard in an attempt to lure cucumber beetles and other insect pests away from their main crop. “Sometimes there’s a downside to doing these things,” Tiddens said. “It’s like using pheromone traps for Japanese beetles. You’ll be drawing them in from your neighbors’ gardens. Mosquito-zappers are feel-good devices, but they’ll draw the insects in from everywhere.” 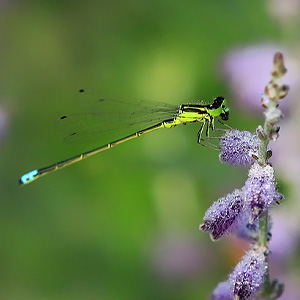 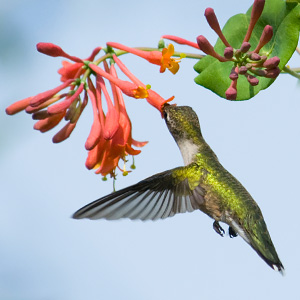 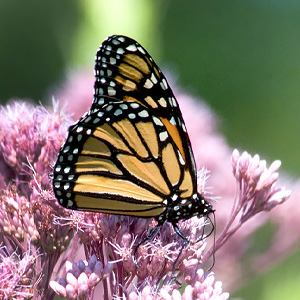 A diversity of plants means a diversity of insects. Rather than use a trap plot, plant an insectary (or pollinator strip)—a bed or border that provides a buffet for insects. These planting beds attract beneficial insects and organisms that help manage pests and provide pollen and nectar for pollinators. You can see an example in the Regenstein Fruit & Vegetable Garden (beyond the nut grove). The plants attract bees and other desirable insects that help control pests that can damage edibles. Planting native perennials will also attract beneficial insects, such as predators and parasitoids. If the good insects don’t find prey or hosts in your garden, they’ll leave in search of better hunting grounds. 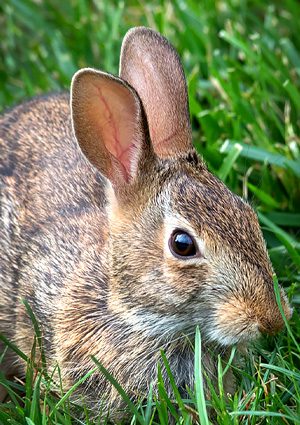 “I was a kid when I heard about companion planting,” Tiddens said. “We had a lot of trouble with rabbits, so my father planted Hungarian hot peppers surrounding the garden.” Tiddens has about 25 10-inch pots of herbs on his deck mixed with pots of ghost peppers—some of the most incredibly incendiary edibles, which appear to be a great deterrent to critters. “Squirrels don’t do much bothering.”

Another example of companion planting is the Native Americans’ three sisters—corn, climbing beans, and winter squash planted together. “In the past few years, I’ve grown pole beans on the corn,” Tiddens said. “I found that when the pole beans were growing, the raccoons didn’t find the corn and the beans produced nitrogen in the ground, helping with fertilization.”

Written by Nina Koziol, garden writer and horticulturist who lives and gardens in Palos Park, Illinois. Photography by Nina Koziol and Ellen Hodges. 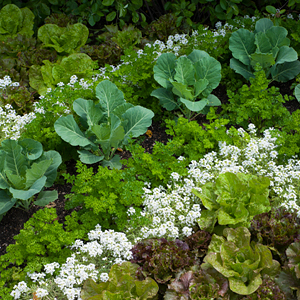 Garden lore suggests growing these plants together to repel insects.
Give it a try.

More from the Experts

Attracting Birds to Your Garden

Is something bugging your garden?

Insects and Gardens: In Pursuit of a Garden Ecology, by Eric Grissell. Timber Press.

The Lenhardt Library's collection includes 600 DVDs and videos on gardening, gardens, flower shows, and other topics.

Take a class at the Garden to learn more about a wide range of gardening topics. Check out our selection of horticulture classes.