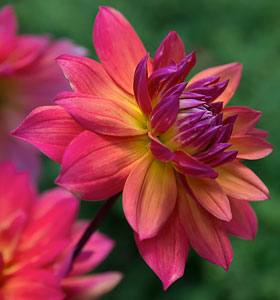 Madame Dahlia, like her name, is a very stately dame; Her family is so polite, it is a joy to meet them, quite.—Elizabeth Gordon

Certain flowers can simply rescue a garden. Their beautiful blooms arise, seemingly out of nowhere, breathing new life into borders edging toward boredom. Lilies are known for such heroic abilities, as are repeat-blooming roses and late-season clematis. But for sheer drama, nothing steals the show like a dahlia.

In its home in Mexico, the dahlia’s flower grew no larger than 1 to 2 inches across. But when the plant spread to Europe in the 1800s, the Dutch breeders got to work and began their hybridizing magic. Today, dahlias are available in every color but blue, in sizes ranging from tiny, ½-inch pompoms to 12-inch dinner-plate varieties. Spectacular as cut flowers, dahlias appeal to home gardeners as well as professional growers or hobbyists who take flower competition quite seriously.

Their perfect petal arrangement dazzles. The American Dahlia Society recognizes 14 official classes with names describing the flower form—including cactus, collarette, orchid, peony, ball, waterlily, and anemone. The art of pinching off side buds (disbudding) or removing the growing tip when the plant is 12 inches tall (topping) are practices designed to promote spectacular flowers. The pros will often sacrifice smaller, but more numerous, flowers in favor of fewer but larger ones. Gardeners new to dahlias might choose to wait and watch a year or two before attempting lateral pruning. A dahlia will produce many lovely flowers with no pruning at all, although pinching the growing tip back does encourage a bushier habit.

Plants that produce such show-stopping flowers do have demands. A full-sun site is best, but some afternoon shade will be tolerated. Dahlias prefer rich soil, amended with compost or other organic matter, with a pH of 6.5. Avoid windy sites—nothing breaks the heart of a gardener more than a snapped flower stalk. To get a jump-start on the growing season, start tubers indoors in late March (to be transplanted into the garden six to eight weeks later). Pot up the plant in a soilless mix with the crown at soil level. Place the pot in a full-sun, indoor, cool (55-degree Fahrenheit) location. Water enough so that the first inch of soil remains moist. 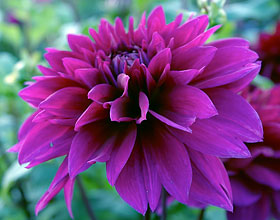 Tubers can be planted directly into the ground after May 15, when the air and soil have warmed. Plant new tubers 2 to 3 inches deep, with 1 inch of soil covering the sprouting tip. Allow several feet between these rangy, branching plants. As they grow, monitor carefully for slugs eager to sample tender new leaves. Stake the plants before they reach 12 inches and fertilize regularly, using a 5-10-10 or 5-20-20 mix; but, as with roses, stop the feeding in mid-August. These fast-growing, succulent plants are almost 75 percent water and require even moisture throughout the growing season. Keep water off the foliage to minimize fungal infections. Mulching helps conserve moisture around the root zone.

Plants native to Mexico cannot survive a Chicago winter. The tubers must be stored over winter in a dark, dry room where temperatures range from 40 to 50 degrees. In late fall, after several hard frosts have blackened the plants, very carefully dig up the tubers. To avoid injury to the tuber and its tentacles, use a lifting motion with a pitchfork rather than stabbing with a shovel. Leave a few inches of stalk attached to the tuber, but sift off all the dirt and trim back the roots. Hang upside down to dry before dusting with fungicide, cutting off the stalk, and storing in boxes lined with newspaper, slightly damp sawdust, wood shavings, or peat moss. Check monthly for signs of shriveling (sprinkle with a touch of water), blackening, or softening (throw out).

Be sure to label those tubers! A few cold months can play games with a gardener’s memory. And then dream of dahlias all winter long. 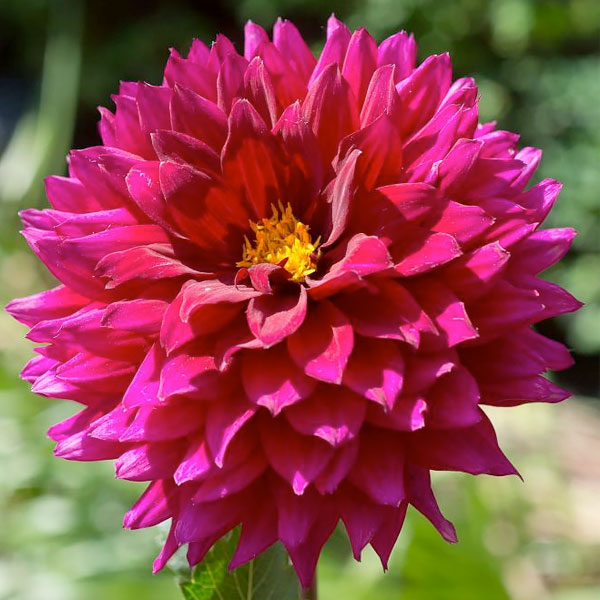 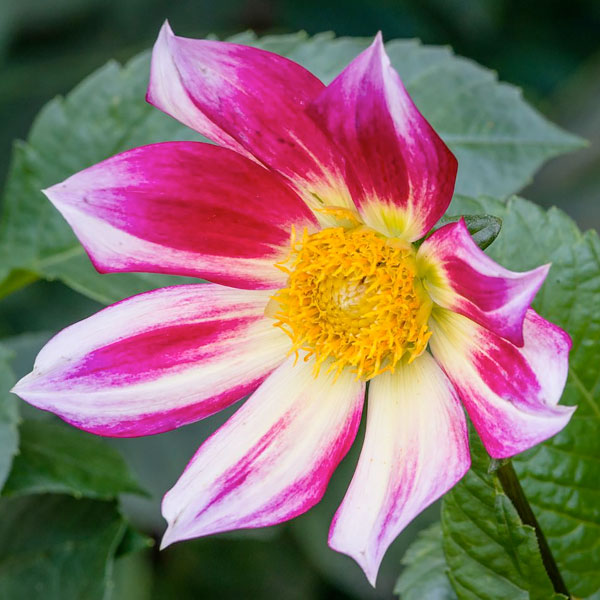 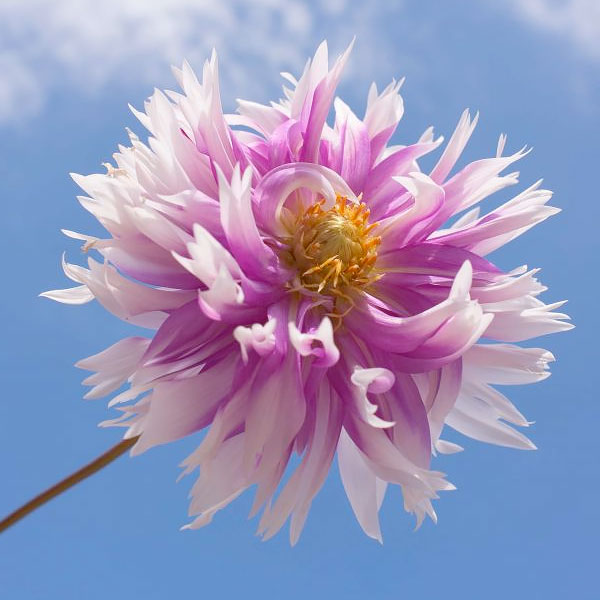 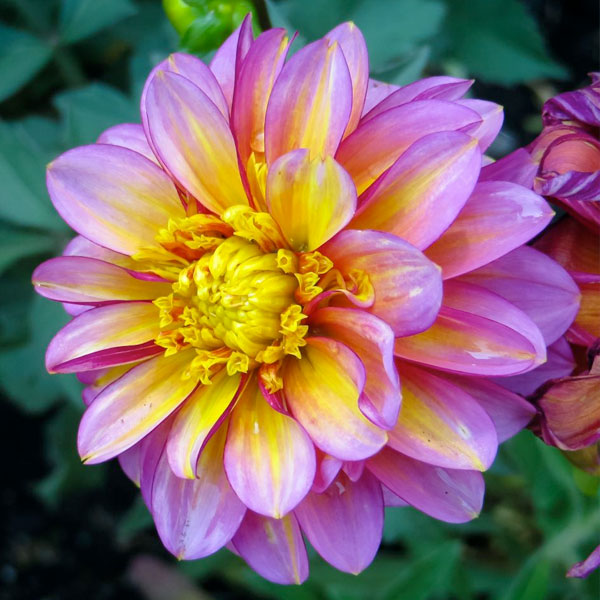 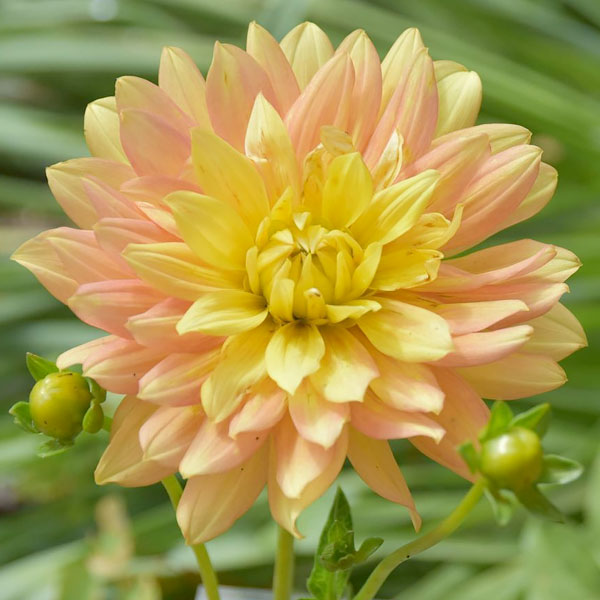 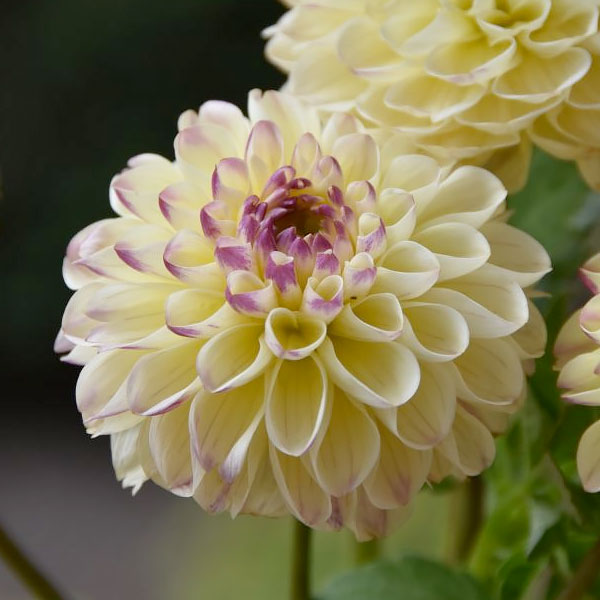 Dahlias at the Garden

A Walk through the Crescent

Autumn Blooms in the Bulb Garden

What is it About Dahlias? 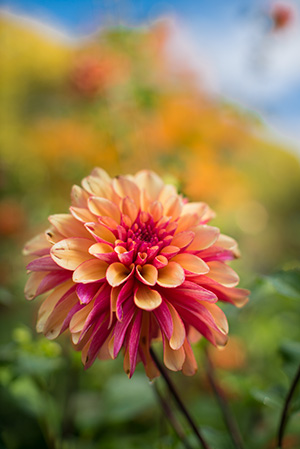