How to relax in nature, even when you can’t get away? Daydream, according to the American Heart Association. Start a bucket list. Even just the thought of escaping into the natural world can be rejuvenating and take you away from the stresses of everyday life.

We started a bucket list for you, focusing on some of the natural wonders in the plant world. We know, oh, just a few plant geeks here at the Chicago Botanic Garden. So we asked some of them: What plant would you most like to see in the wild?

The common thread is that there is no common thread. These are not your garden-variety plant lovers. These are people who gravitate to plants not just for their beauty or scent but for their resilience, their hunting prowess, their enchantment (even you, Venus flytrap).

We ended up with a list of charismatic plants; feel free to co-opt for your own bucket list.

Some of the longest-living things on the planet, the older ones are more dead than alive (but technically…alive!); in their brutally harsh, cold, and dry natural habitat, they barely grow. But grow they do, not large, but loooooong. Oldest ones are over 5,000 years old. Very hard to grow out of their climate…I have killed a few trying.

A behemoth (200 feet-plus) related to giant sequoia. In our Elizabeth Hubert Malott Japanese Garden, the Shoin House is mostly built of sugi, which is traditional for this kind of structure, but rather unique in the United States. If you’ve ever seen any nature documentary with Japanese macaques (snow monkeys…you know, the ones that bathe in the hot springs and live in a cold climate), you have probably seen sugi. That’s where they live in the wild. 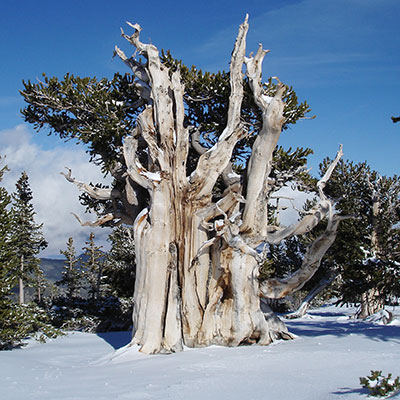 The plant I would like to see the most in the wild would be the fabled white `Ohi`a lehua, back home in Hawaii. It is the basis of all forests in Hawaii, and has beautiful mo`olelo (stories/legends) associated with it, including one about spirits of the forest who immortalize two young lovers with eternal blossoms. `Ohi`a lehua usually comes in all shades of red, yellow, and orange. But there are rumors of a white variety—and that would be a sight to behold. 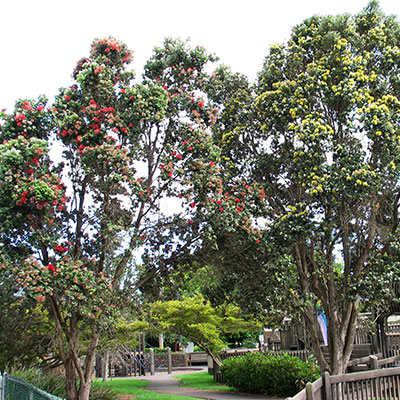 Tiny flowered Paphiopedilum (Paphiopedilum micranthum)
While the mottled leaves, beautifully marked petals, and large pouch immediately impressed me when I saw this orchid blooming in our greenhouses, one of the reasons this critically endangered orchid is on my bucket list is because of where it can be found in the wild. Paphiopedilum micranthum is native to China and Vietnam, where it grows in cracks and crevices of limestone cliffs. Seeing these and other beautiful Paphiopedilum species growing on sheer rock faces would definitely be an amazing sight to see.

Night-blooming cereus (Epiphyllum oxypetalum)
As a kid, I would sleep over on the porch of my grandparents’ house in Northfield in the summer, anticipating the rare event that a magnificent flower of their night-flowering cactus would open. They had the plant in a pot that they moved to their screened-in porch during the summer.

I’ll never forget the excitement of getting to stay up late and share the spectacular event with my grandmother, Grannie Frannie. I imagine exploring the native habitat of this species at night, in the rainforests of South America, finding a flower by detecting its strong, sweet smell, and witnessing the pollinators that it attracts. Magical! 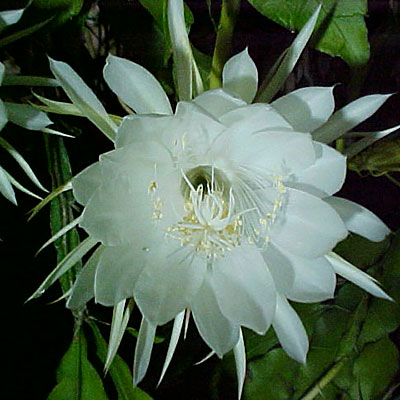 Venus flytrap (Dionaea muscipula)
Last summer, I took care of mini-container bogs on the Green Roof at the Garden, which is where my interest began. These bogs featured all types of carnivorous plants, but none as unique looking as Dionaea muscipula. This plant is native to North and South Carolina, and like other carnivorous plants, they rely mostly on insects for nutrients rather than the soil. How they catch their prey is super interesting. They have evolved a modified leaf with a snap trap. Hairs on the inside cause the trap to shut quickly when triggered, locking their prey inside. They are stationary hunters and only eat what wanders by. Truly one of a kind. 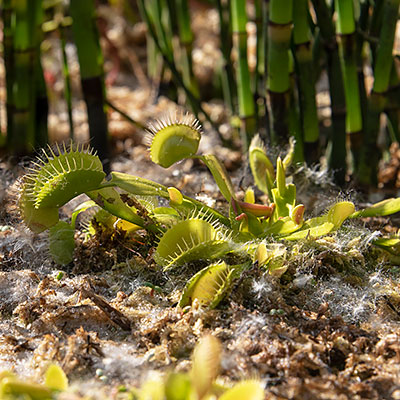 Baobab (Adansonia digitata) and Brocchinia (Brocchinia reducta)
Working in the display greenhouses at the Garden, I encounter many exotic plants from around the world. As I water and work with these plants, I often fantasize about seeing them in their natural habitats.

Adansonia digitata is one of the world’s largest succulent trees that is endemic to Madagascar. They can grow in excess of 80 feet tall, and the largest one in the world has a circumference of 154 feet! Brocchinia reducta is one of two known carnivorous bromeliads and is endemic to Venezuela. They can grow up to 3 feet tall and lure small insects into their urn with a sweet- smelling aroma. Once lured, fine hairs that coat the inner leaves cause the insects to slip in, and they are unable to escape. 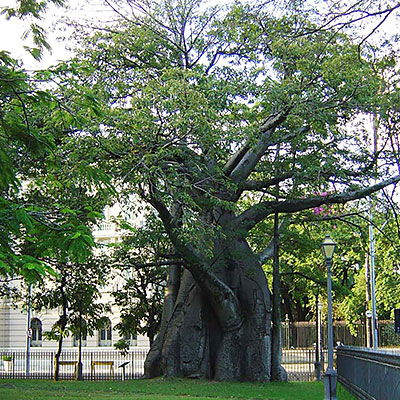 Amborella (Amborella trichopoda)
This shrub or small tree is the only surviving species of the Amborellaceae family. As a paleobotanist, I think Amborella trichopoda is a fascinating plant because it is sister to all other angiosperms, or flowering plants. This means that its lineage evolved very early on, during the Cretaceous period, more than 140 million years ago! I hope sometime soon to see this plant blooming in the tropical forests of New Caledonia. 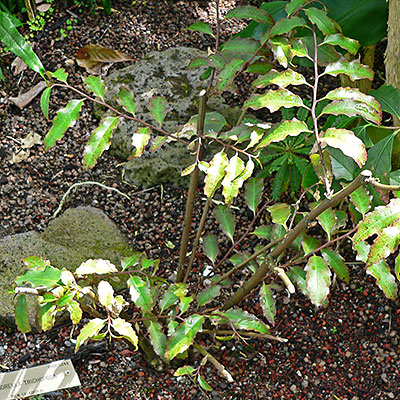