College student Jessica Tillery came to the Chicago Botanic Garden for the summer to work in a plant science lab, hoping to jump start her career in habitat restoration—which she did. And she got the chance to develop something she wasn’t necessarily expecting: a community of scientists, from high schoolers to Ph.D.s, who taught her, supported her, and became her friends. And those relationships, Tillery said, “made her experience.” 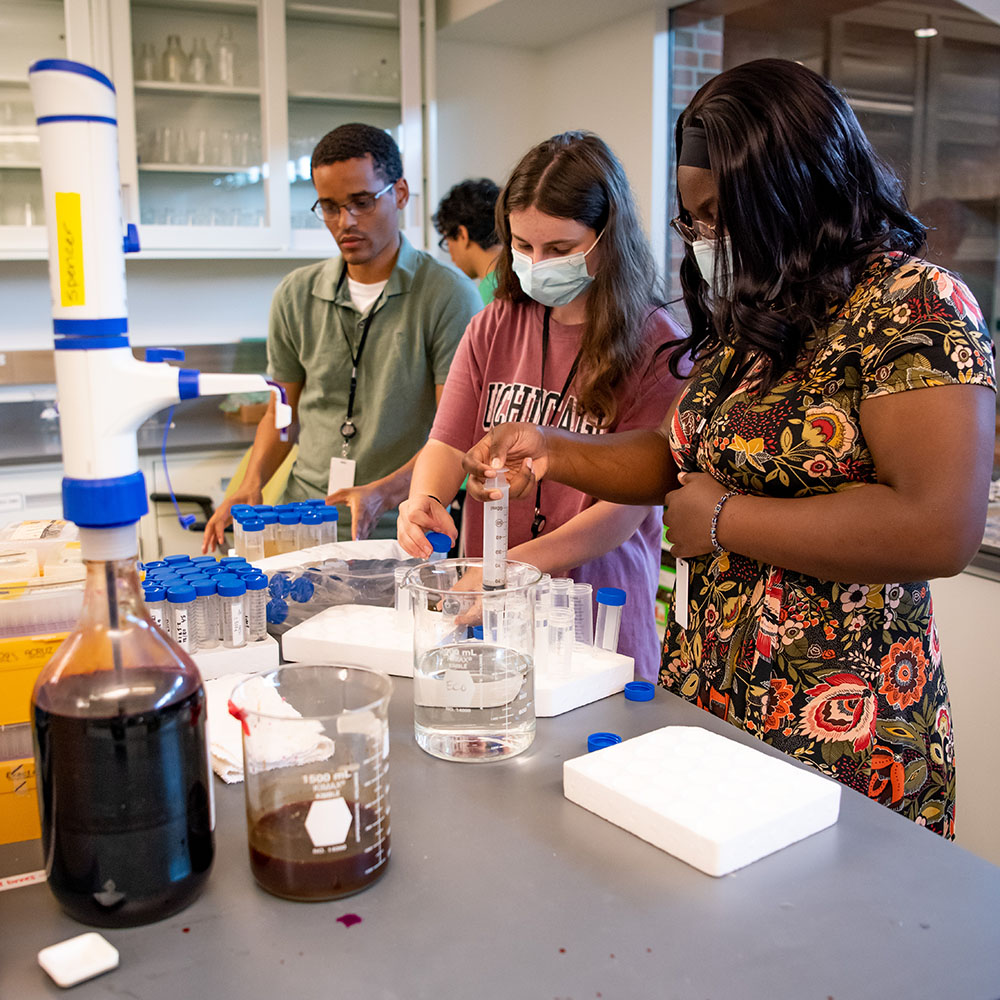 Tillery was an intern in the Garden’s 2022 Research Experiences for Undergraduates (REU) program in Plant Conservation. With funding from the National Science Foundation, the REU program hosts about ten undergraduate students each summer at the Garden’s Daniel F. and Ada L. Rice Plant Conservation Science Center, focusing on demographics that have been historically excluded in science. For ten weeks, undergrads conduct hands-on research alongside the Garden’s conservation scientists and graduate students.

The science is the core of the REU program, explained conservation scientist Jeremie Fant, Ph.D., but the connections that interns form with their mentors, mentees, and each other are the heart of the experience.

“We do what’s called near-peer mentoring,” Dr. Fant said. He has overseen the last 11 years of the REU program, alongside Hilary Noble, associate manager of the Research Labs and Undergraduate Program, for the last four. The program is 18 years strong. “We recruit graduate students to mentor the undergrads. They’re just one career stage apart, so research shows they can relate [to each other] better.”

REU interns work with graduate students in the joint Plant Biology and Conservation program run by the Garden and Northwestern University. They also get to know the Garden’s Negaunee Institute of Plant Conservation Science and Action scientists, like Fant, which gives them a broader view of the possibilities within plant science. And they gain their own mentoring experience with high schoolers from the Garden’s College First program, which provides paid summer internships for Chicago Public Schools students. It’s all part of the Science Career Continuum, a group of programs that create a clear pathway from middle and high school all the way through to professional science work. Since the REU program began in 2004, more than 50 percent of interns have gone on to pursue scientific research, either through graduate school or professionally. 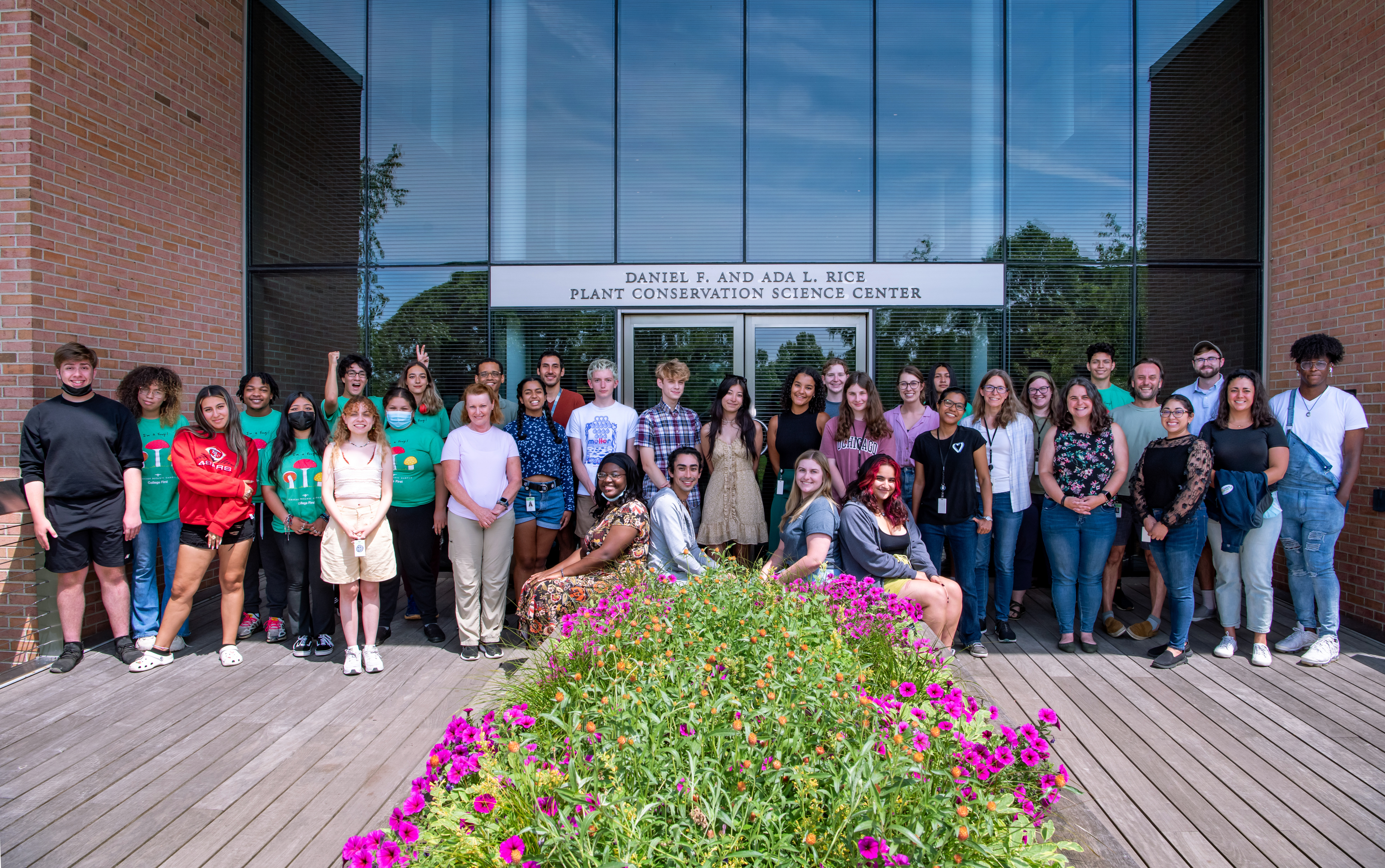 Summer 2022 undergrads and College First interns with the team at the Plant Science Center, July 2022.

Undergraduates are key to the science continuum, but Fant explained that research opportunities for undergrads in conservation science are often haphazard, reliant on the relationships and resources that are available at a student's specific institution. While the Garden does host additional undergrads who volunteer or have outside funding, REU internships funded by the National Science Foundation provide room and board, travel funds, and a stipend. It’s an important way to expand access to the research that’s happening at the Garden, giving students applicable real-world experience, a leg up when it comes to grad school applications, and a robust network of researchers who can support their career growth.

“We see many students go on to enter the pipeline, which is great,” Fant said. “The main aim is giving them access to the guidance they need to navigate it. [You can’t] measure how important that is.”

Tillery, an environmental science and chemistry student at Coe College in Iowa, spent her summer working with Fant, graduate student Rafael Urbina-Casanova, and Negaunee Institute Director of Restoration Ecology Andrea Kramer, Ph.D., to study Penstemon pachyphyllus, a flowering plant native to the southwestern United States. The scientists are looking at the plant’s DNA and assessing whether cross-breeding between its different taxa creates unhealthy offspring; Tillery examined the offsprings’ seeds for viability. Since this species is often used in habitat restoration, it’s important to understand whether it’s at risk of dying out.

“I have deep interest in restoration ecology, specifically habitat restoration,” Tillery said. “I thought it was really cool that that’s what [this research] was boiling down to.”

When Tillery started her internship, she wasn’t totally confident in areas like phylogeny, taxonomy, and the process of DNA extraction—but her graduate student mentor, Urbina-Casanova, took the time to guide her through the steps and made sure she had the knowledge base she needed. And when he noticed that she was spending time in the soil lab, he encouraged her.

“He never made it seem like there was a problem with me having interest in something that wasn’t [our project],” Tillery said. She came away with a deeper understanding of how different areas within plant science, like genetics and soil research, work together to support restoration. She has no doubt that this will set her up for success as she pursues a spot in a Ph.D. program—as will the relationships she formed with her mentor and her College First mentee, who was not only a great collaborator but gave Tillery the opportunity to flex new muscles in training a younger student.

She’s also confident that her bond with the other REU interns will have a lasting impact. From living in Chicago’s downtown University Center (housing is covered by the program) and taking Metra trains together, to discussing research nuances and career options, Tillery cited the community of undergraduate interns as one of the most valuable aspects of her summer.

Angelica Ostiguin, an environmental science major at the University of Illinois-Chicago who also participated in the 2022 REU program, agreed.

“We’re like colleagues and besties,” Ostiguin said. She’ll feel nostalgic for their days in the lab together, and for the evenings grabbing pizza and gelato after work. “We have this running joke that we should all just apply here for grad school. But realistically, we are all very interested in collaborating, doing research together in the future. One of the greatest gifts I’ve been given is those connections.” 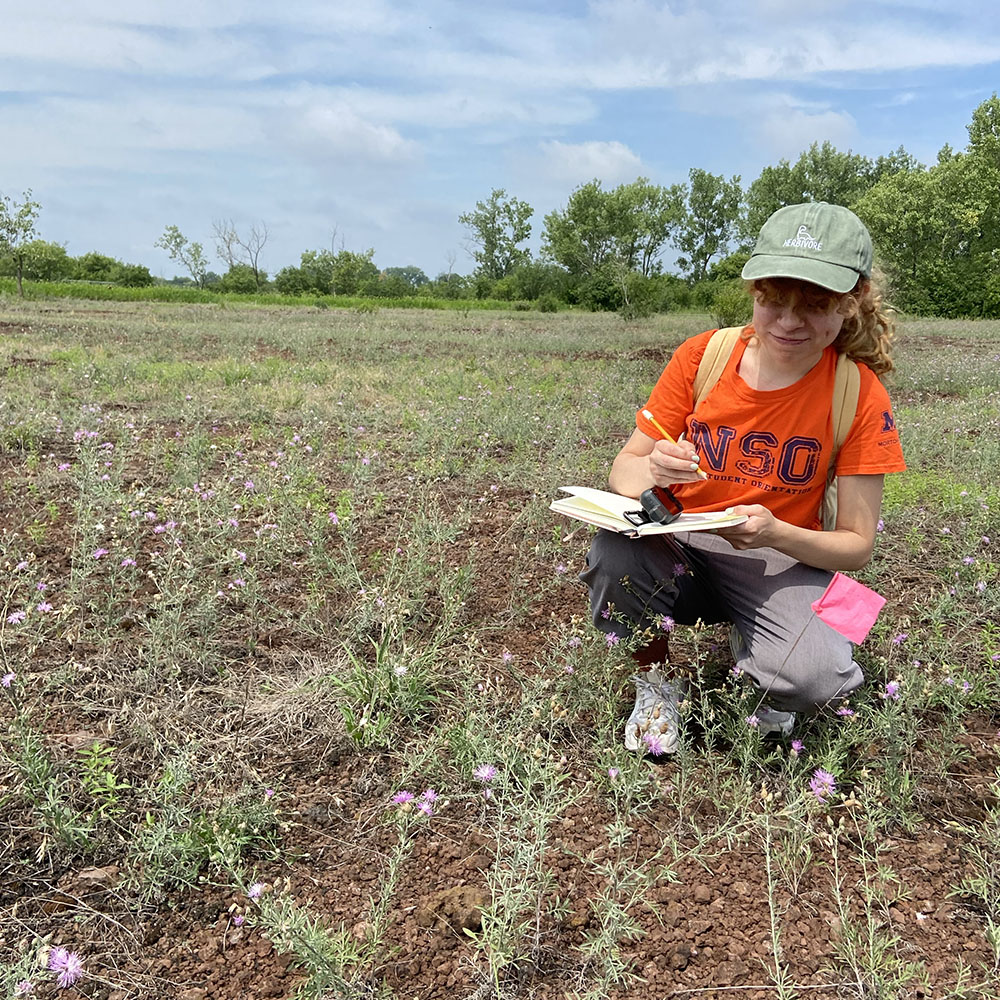 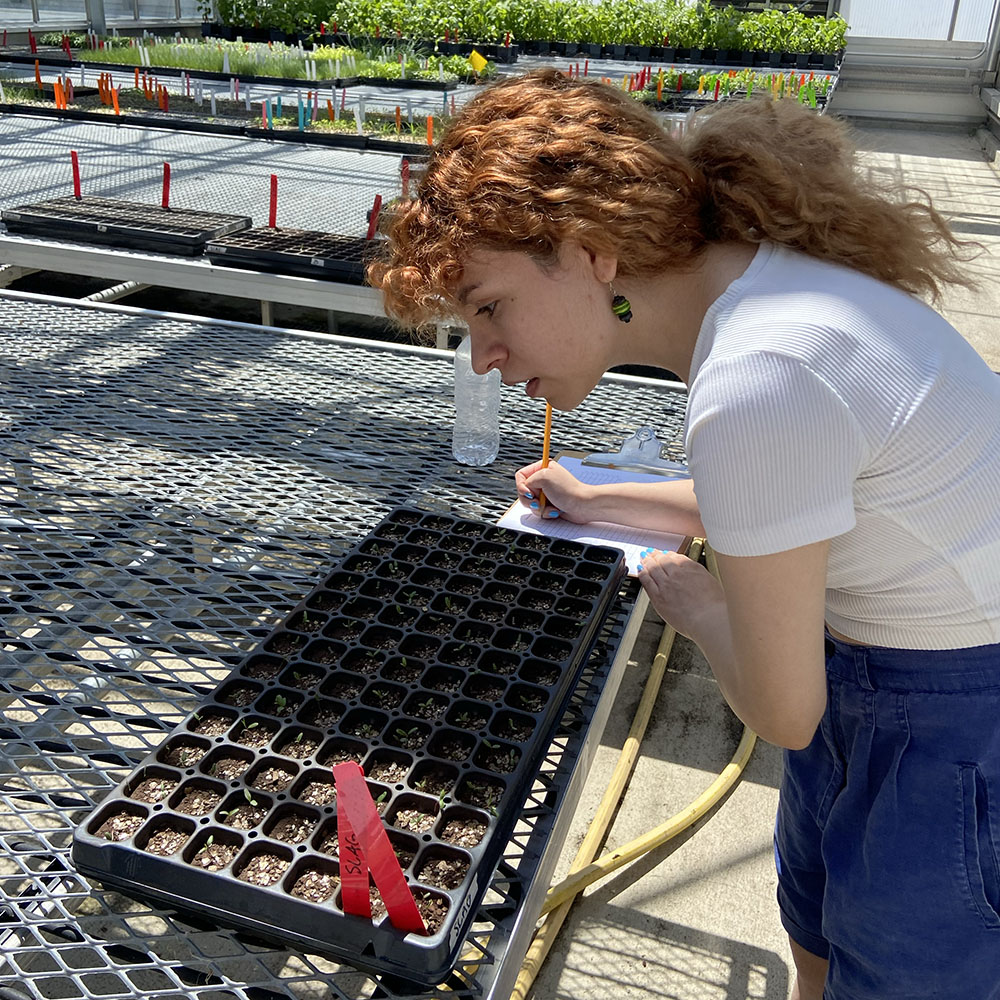 Ostiguin has been working with graduate student Erin Snyder on a project studying former steel industry sites in South Chicago, where the byproducts of steel manufacturing—slag—have degraded the soil, killing off the plants that originally lived there. They’re looking to see whether this thin, alkaline soil can actually support other threatened prairie species instead, so that even if the ecosystem will never be what it once was, it can still be beneficial.

This work, and its implications for Chicago communities, inspired Ostiguin to study the ecosystem in another part of the world she calls home—Oaxaca, Mexico, where her family is from. “If I go to grad school, I want to bring something for my community into my research,” Ostiguin said. “Oaxaca has lots of biodiversity. We’ve been hearing about an invasive tree species in the mountains, and I’d like to talk to the community and do some research gathering.”

The REU program hopes to inspire a new generation of conservation thinkers to draw these connections. By welcoming undergrads into a community-driven experience that is also ambitious in its research objectives, the program gives their scientific knowledge and their career goals room to blossom. Just like plants, scientists need healthy ecosystems in order to thrive. 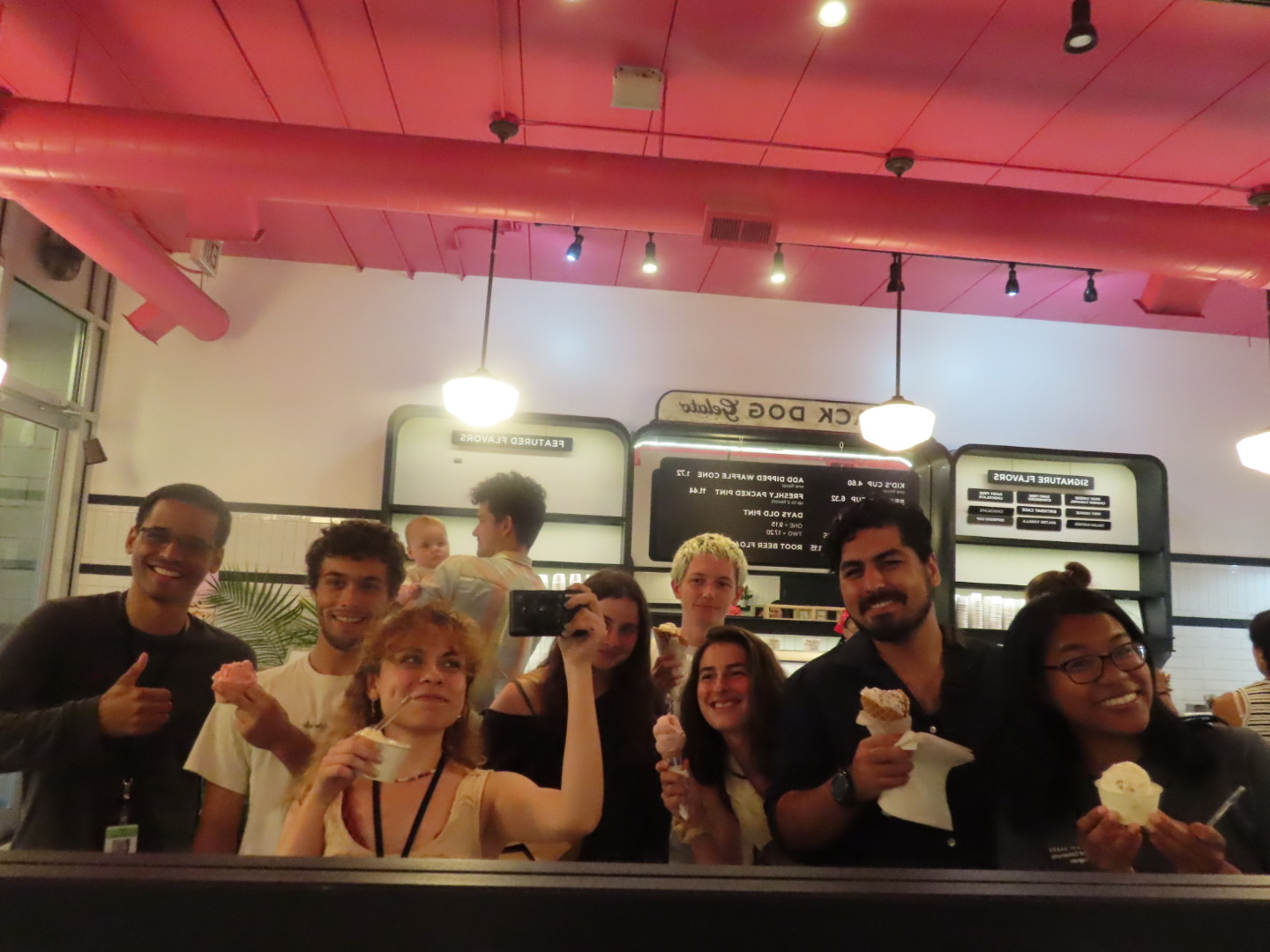