What happens if spring wildflowers open up too early—or too late? How does the timing of flowering synchronize with native bees and other pollinators?

These are just some of the questions I’m studying as a master’s of science candidate in the Plant Biology and Conservation graduate program run by Northwestern University and the Chicago Botanic Garden.

Flower timing is critical for many reasons. For the earliest of the spring bloomers, earlier flowering provides first access to important natural resources and pollinator services. However, these early individuals are at higher risk of exposure to extreme weather events. In contrast, later flowering individuals risk flowering in an environment with less sunlight due to the developing forest canopy. Because of this natural variability, this makes me wonder: Are there better reproductive times to flower over others? It’s an important question to explore for the health of wildflowers and their pollinators.

Beyond their subtle beauty and symbol for new beginnings, spring ephemeral flowers are an important food resource for pollinators. Without the short-lived spring blooms known as ephemerals, these early foragers would go hungry because nothing else is in bloom. In return for pollen and nectar, bees and other pollinators move pollen from flower to flower—an important step in plant reproduction that allows plants to make seeds to grow for the next season.

Close up of the Eastern Spring Beauty (Claytonia virginica) flower

To test whether there are reproductive differences in earlier or later flowering time in spring ephemerals, my study uses the Illinois native Eastern spring beauty (Claytonia virginica) as a model species. Starting in late March, in the Garden’s McDonald Woods, I do a daily survey of how many flowers are open, how many pollinators are visiting, and what the environmental conditions are like (air temperature, sunlight availability, and soil moisture levels). At the end of the season, I collect Claytonia fruit and analyze their seeds for viability. 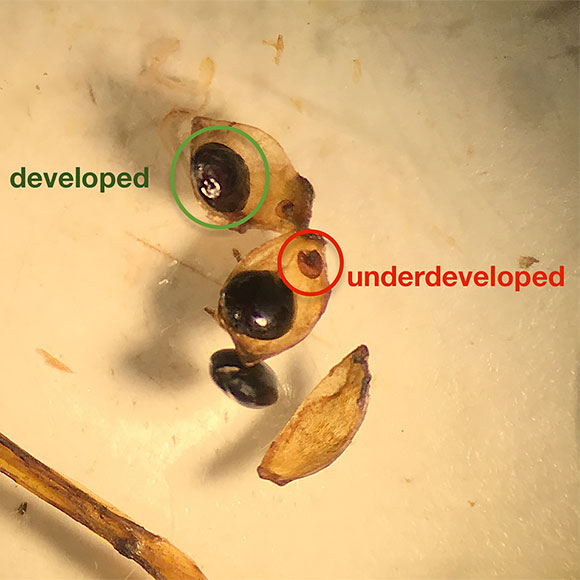 Comparison of developed vs. underdeveloped Claytonia seeds collected after the flowering season.

Understanding the reproductive consequences of earlier and later flowering can give us a better understanding for how certain plant species will respond to climate change, which is signaling many plant species to flower earlier than in the past.

Samantha Danguilan is a second-year master’s student at Northwestern University and the Chicago Botanic Garden. She works with Amy Iler, Ph.D., who studies plant-pollinator responses to climate change. 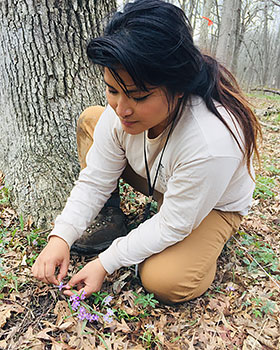 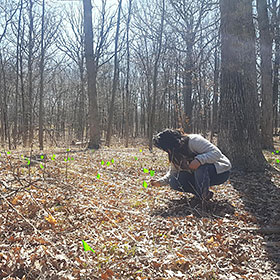 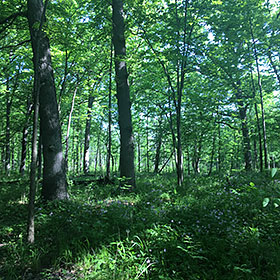 Throughout the year, the Garden is focusing on Bees & Beyond, a program that will inspire a genuine appreciation for the vital role pollinators play in our everyday lives and in a healthy, diverse planet. Beginning in June, visitors will discover pollinator-themed display gardens; topiaries; floral carpets; an interactive exhibition, “Pollinator’s Perspective”; and “After Hours Buzz,” a series of cocktail events with Garden scientists.