A Garden Fit for Emperors (and You)

An ancient glacier. A swampy marsh. A renowned landscape architect. The Chinese Garden of Perfect Brightness. Tie them together and the result is part of the intriguing back story of the Chicago Botanic Garden—which starts long before the Garden’s groundbreaking in 1965. Next time you visit the Garden, take a closer look at the topography and you can still make out the origins of all that beauty.

The Garden was established on land created by glaciers that retreated more than 13,000 years ago. In their wake, they left a great watershed that includes the Chicago River and its tributaries. Before Chicago’s northern suburbs appeared, the Skokie River meandered through marshes that parallel Lake Michigan’s shoreline. Peat deposits as deep as 5 feet deep covered much of the swampland and were used by Native Americans and settlers for fire. 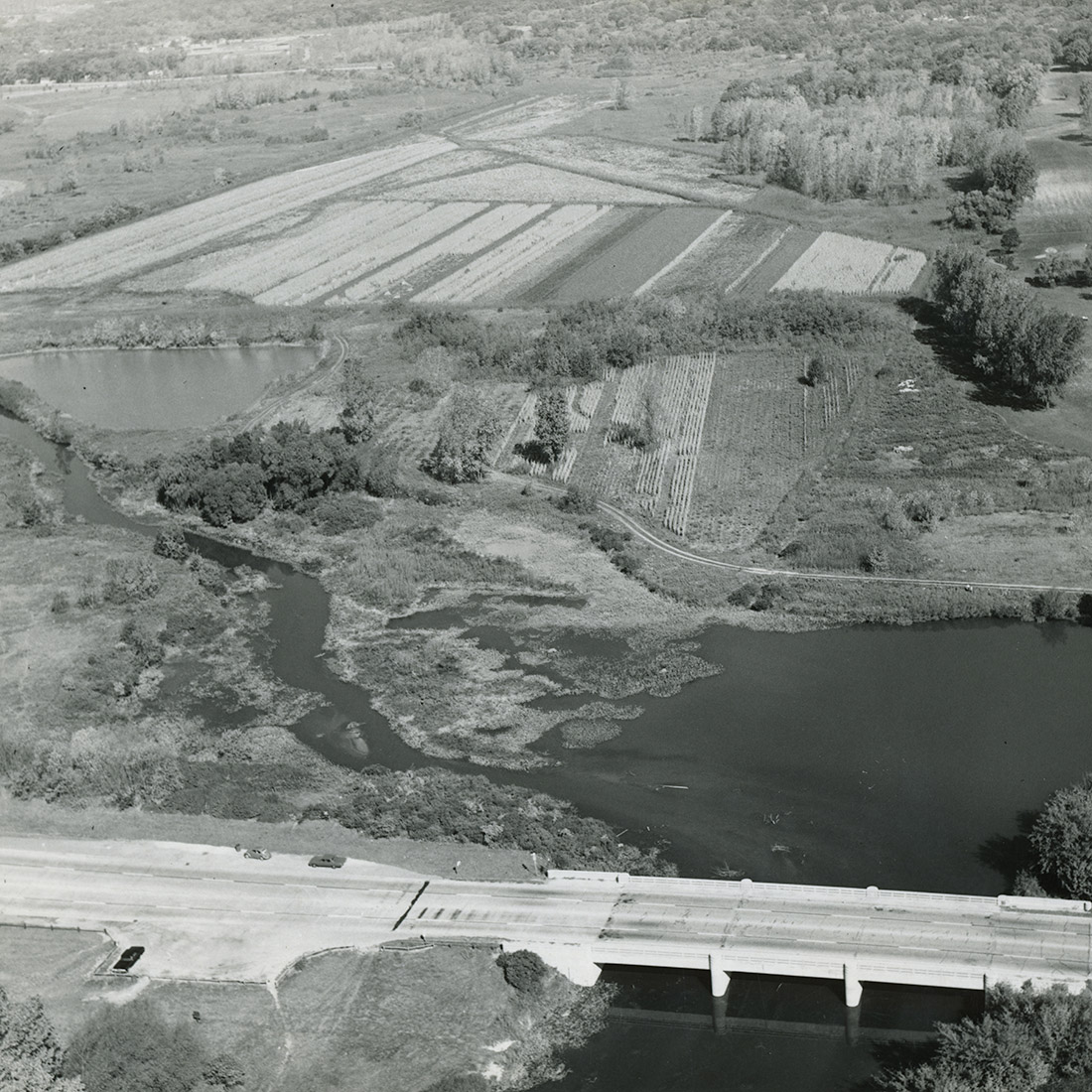 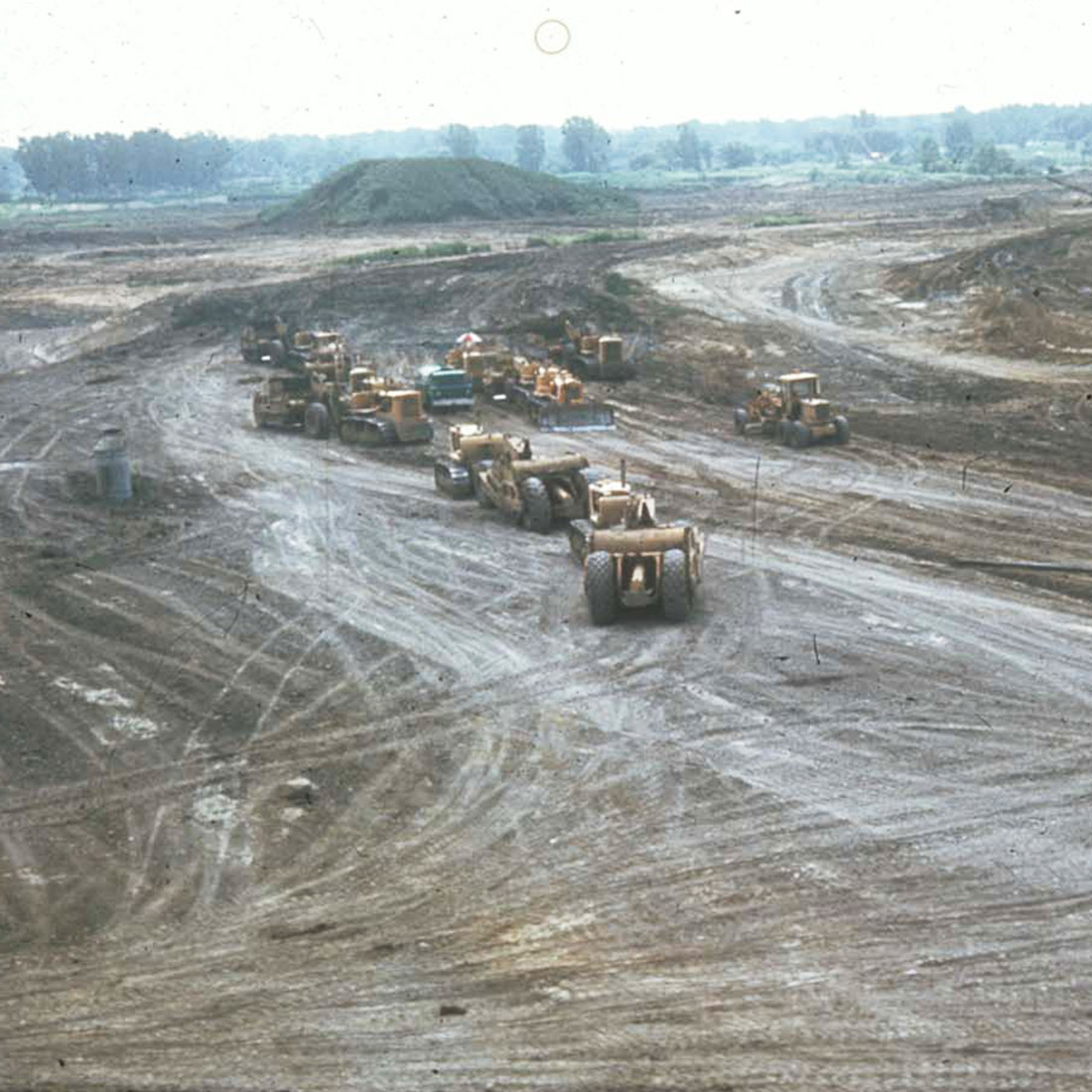 The river and marshes, which once posed persistent flooding problems in the Skokie River Valley, became an asset in the Garden’s design. The Garden’s brilliant landscape architect John O. Simonds recognized the potential of the wetlands and, with another landscape architect, Geoffrey Rausch, produced a master plan to transform the land into island gardens and a series of lakes.

Unlike some of his peers who were creating sleek, minimalist ultra-modern public spaces, Simonds found inspiration in the hills and lakes of 18th-century Chinese imperial gardens. He first traveled to Asia in 1933. This trip, as well as subsequent travels in 1939 and 1940, had a profound impact.

“Scenically, the [Garden’s] landforms and waterways would be reminiscent of the fabled garden islands of Soochow [Suzhou] and the Yuan Ming Yuan [Garden of Perfect Brightness] to the west of Peking,” Simonds wrote.

The Garden of Perfect Brightness is one of China’s most iconic monuments, built in stages starting in the early 18th century as a scenic retreat for emperors. An imperial palace and garden, it was destroyed by British and French troops in 1860 during the Second Opium War. But many silk paintings of the gardens exist in museums.

The Garden’s “expansive areas of water had their genesis in the need for earth fill to lift the gardens out of the muck and above flood levels,” Simonds wrote. The master plan is a living document that has evolved since the 1960s, but it continues to focus on the interplay of water and earth.

As the Garden began construction, Rausch recalled, “I have never seen anything quite as bad as that site. Literally, it was burning.” He was referring to the trash, raw sewage, weeds, and abandoned quarries on the land. That paints quite a “before” picture.

Fast forward to today to view the Garden’s water basins reflect the sky, while the rolling hills offer wonderful vantage points to enjoy landscape vistas. As a result, the Garden provides many intimate places where one can reflect on the past and the future.

In his 1969 progress report, Francis de Vos, Ph.D., the Garden’s first director, wrote, “The site with its sculptural earth forms and system of freshwater lagoons and channels is nothing less than magnificent…The air is clean. The soil is fertile and deep. Water is abundant.” 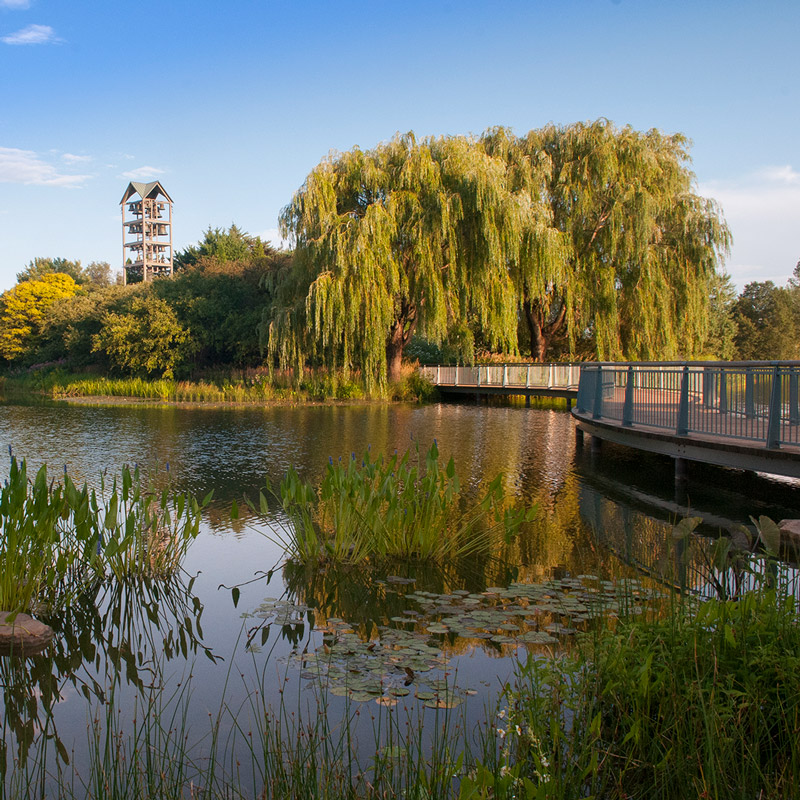 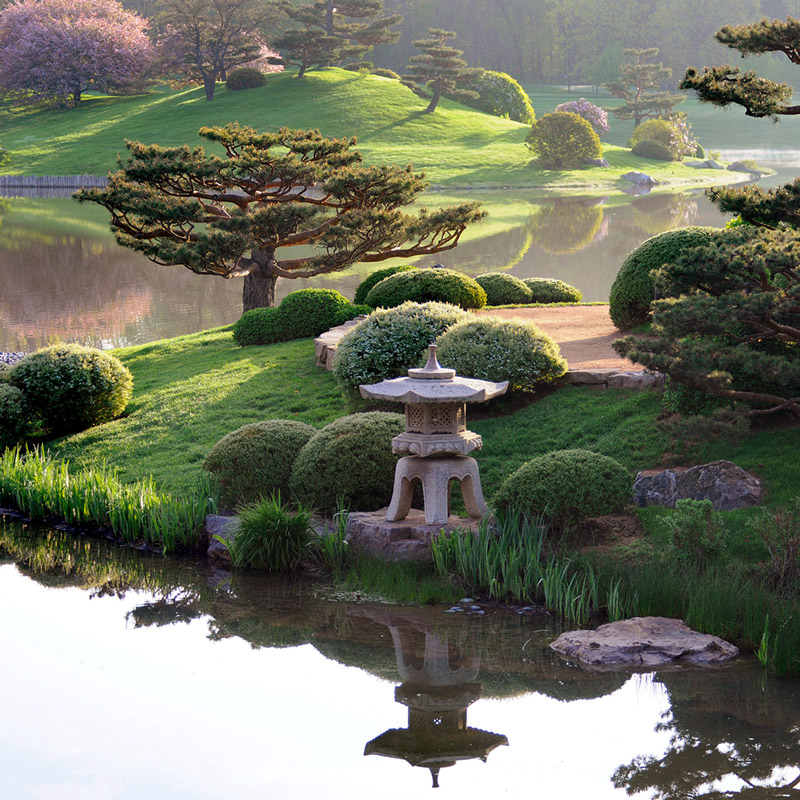 There are many spots that provide stunning views. It’s hard to choose a favorite, but one is Evening Island, with its hillside, woodland, and meadow gardens. The Arch and Serpentine bridges leading to the island are great places to pause, breathe in the fresh air and enjoy the serene scenes. Some of the most beautiful sunsets are viewed from Evening Island. And the Malott Japanese Garden has peaceful corners where you can gaze across the rolling landscape, write in a journal, or meditate.

Learn even more in the book, Chicago and Its Botanic Garden: The Chicago Horticultural Society at 125, available at the Garden Shop and from online retailers.