It has been five months since the Black Lives Matter movement ignited a new civil rights movement and caused the Chicago Botanic Garden to reflect and recommit to equity, diversity, inclusion, and accessibility for our staff, our visitors, our volunteers, and our boards. Part of that process is to take a hard look at the stories the Garden tells about gardens, plants, and people. 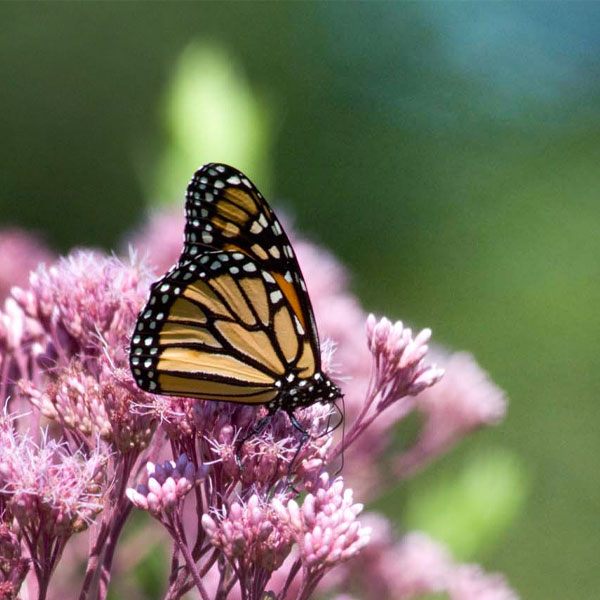 We do this through an equity lens, and this reveals the structural racism at the heart of the European colonization of the "New World" that began in 1492 and the displacement of indigenous people. In a great many cases, the names of the plants, and animals, and places the indigenous people knew were papered over with European names, and evidence of their cultures—their words—erased.

Many of the Garden’s stories have not addressed this very real issue. In addition, our interpretation has been very light touch, and, in some cases, has failed to tell underlying stories that may be offensive. This approach ignores cause-and-effect, and is tone-deaf.

For example, take Carolus Linnaeus, whose statue we feature in the Heritage Garden. This garden celebrates him for a singularly brilliant idea: a method of classifying all living organisms and naming them with a Latinized binomial. This idea made much-needed order out of chaos and gave scientists and amateurs alike a way to communicate precisely about living things and their evolutionary relationships across the barriers of language. It was revolutionary. 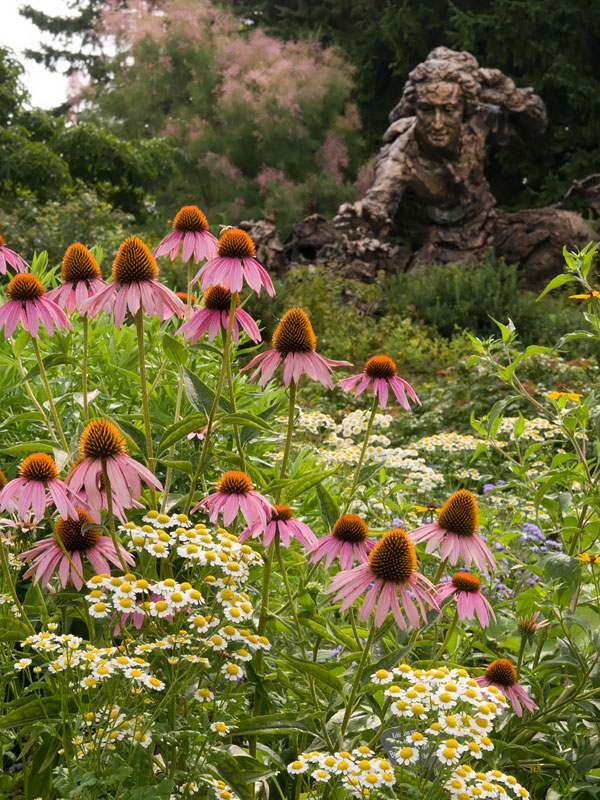 As a science-based institution, the cultural tradition we inherit from Linnaeus means we’re steeped in the use of scientific names. Those names are on every plant label you see at the Garden, in every bit of research we publish, and part of virtually every class we teach. What we disregard about Linnaeus is that he also classified people, and he used inferior terms for all who weren’t European and white. Even though we don’t talk about it, we inherit that too.

Linnaeus certainly wasn’t the first person, and Europe certainly wasn’t the first culture, to hold themselves above others. But he was among the first to codify these unscientific notions, and he had the biggest following. He laid the groundwork for what became scientific racism, including all of its attendant horrors. The Garden’s omission of this important piece of information on the interpretive sign in the Heritage Garden is glaring. Honestly, we knew that part of Linnaeus’ history, but didn’t consider it a priority to include in our interpretation. Looking at it through an equity lens, the omission is offensive. A new sign is coming.

There are other names on the Garden’s plant labels, too: common names. As important as scientific names are for enabling precise communication, common names are also noteworthy because they are markers of human culture. For too long we have not asked: whose culture?

As an example, ramps are small woodland plants, kin to onions, leeks, and garlic. These lovely spring ephemerals are abundant in the Garden’s McDonald Woods and throughout other areas in the Forest Preserves of Cook County. We refer to them as Allium tricoccum because of Linnaeus, and as a result, plant people everywhere in the world know exactly which plant we mean. 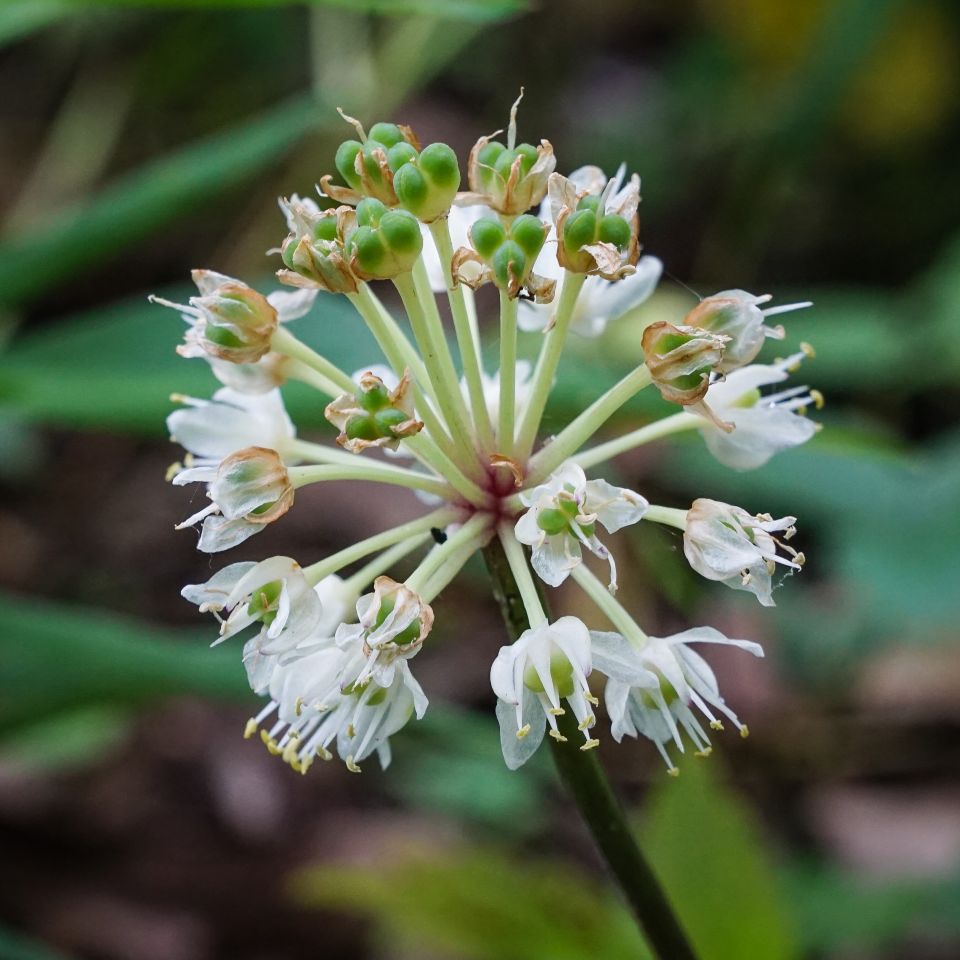 But we call them ramps because of European colonization. Colonists often gave "Old World" names to similar animals and plants they saw in the "New World." These new plants look like the plants we called ramps in Europe, so ramps it is. Ramps is the common name of this plant because it reflects the dominant culture.

Nevertheless, the people who were already here had names for this plant and all the other plants and animals and places that were part of their environment. The Potawatomi, the Miami, and other tribes called this plant shikaakwa and chicagou, which are, quite obviously, the source of the word Chicago.

The Garden’s current interpretive touch is so light that we don’t even tell the story of the plant that’s the basis of our name. We are taking a hard look at the names on plants throughout the Garden. Is there a more appropriate way to tell these plants’ stories, to acknowledge their roots? This will be a long process, but we are committed to honoring those roots, those cultures, and those people who were here before.

So the plants are still here, and the name that Europeans modified for their new city is still here, but what of the people? Like indigenous peoples in many places, European colonists mostly eradicated them, and took their land and their shared resources. 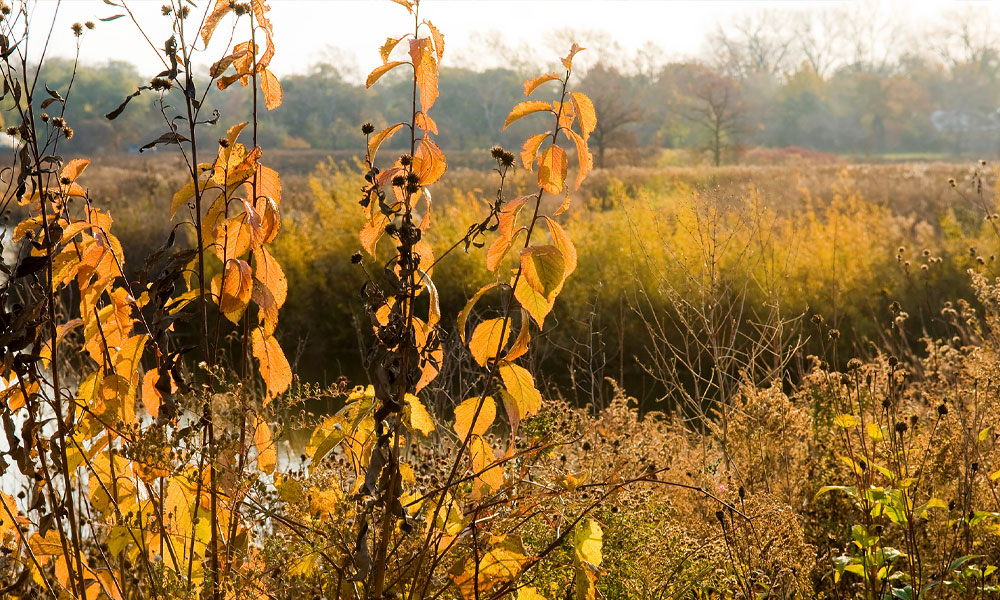 Today, on Indigenous Peoples Day, we acknowledge this physical and cultural destruction, and renew our commitment to be responsible stewards of this land we call the Chicago Botanic Garden. We honor the Odawa, Ojibwe, Potawatomi, Miami, Ho-Chunk, Sac and Fox, and other indigenous people who were the first stewards of this land and continue to contribute to plant science.

We’re plant experts, but we have good partners in this journey. The Forest Preserves of Cook County is, among other things, an exceptional steward of vast amounts of accessible public land. And we thank our community partner, the American Indian Center, for their knowledge, wisdom, and resources.