Extending the Harvest: Get Ready to Sow Cool-Season Crops

Some gardeners who grow vegetables rely on heat-loving, summertime favorites, like tomatoes, peppers, beans, squash, and cucumbers. They plant them in May and by Labor Day, they’ve finished harvesting. But if you only grow warm-season crops, you’re missing out on cool-season edibles that can be grown in the spring and again in summer for an enjoyable fall harvest.

There’s still plenty of time to plant all of those crops and some delicious greens--Swiss chard (Beta vulgaris) and bok choy (Brassica rapa)—to dress up any fall meal. Both are easy-to-grow, nutritious veggies that do very well in cool weather. 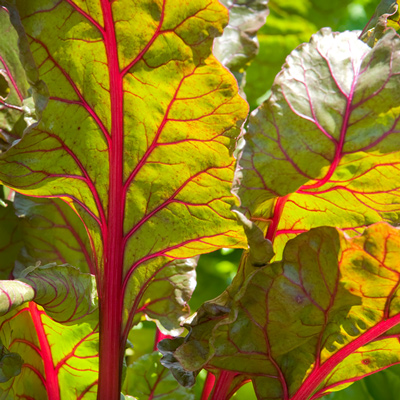 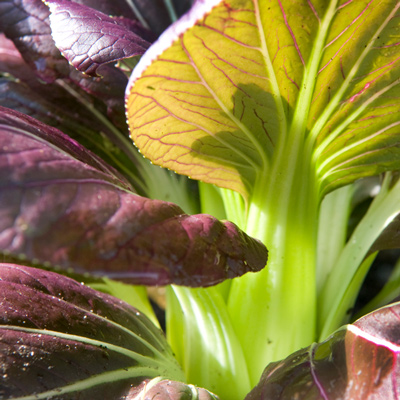 “We start planting brassicas, such as broccoli and cauliflower, the third and fourth week in July,” says Lisa Hilgenberg, horticulturist in the Regenstein Fruit & Vegetable Garden. “They perform best when planted in the summer. This allows them to mature in the cooler, shorter days of autumn.”

The brassicas need about 70 to 80 days to mature for fall harvest. “Brussels sprouts are sweetest after a kiss of frost. Think about harvesting for Thanksgiving,” Hilgenberg says. Whether you sow cool-season crops from seeds, or buy transplants from your local garden center, they should be placed in fertile, evenly moist soil that receives full sun. 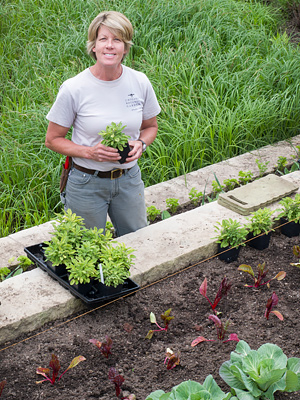 Planting for a fall harvest can be a little tricky. When gardeners plant in spring, the daylight is growing longer by the week and the weather and the soil become warmer. But, after the summer solstice (June 21), the amount of daylight begins to decrease a few minutes each week. As September approaches, the intensity of the sunlight lessens as the sun moves lower in the sky. The nights also grow cooler. Because of that, plants often need more time to get to the harvesting stage than when they’re grown in the spring.

“The key is knowing when to sow or to transplant for fall harvest and that depends on the average fall frost date for your area,” Hilgenberg says. The average date of the first fall frost is October 15 for the Chicago metropolitan area, but it can vary by two weeks before or after that date.

The "days to harvest" generally refers to how long it will take from the time the seed germinates and sprouts leaves to when the fruit is ready for picking. It can be as little as a few days to two weeks from the time you sow the seeds until germination.

Because we use October 15 as the average first fall frost, we count backwards from that date. For example, if a vegetable needs 40 days from sowing until the first harvest, you would need to sow it by the first week in September or sooner, since the daylight grows shorter. And, by 40 days, the plant is only beginning to set fruit. 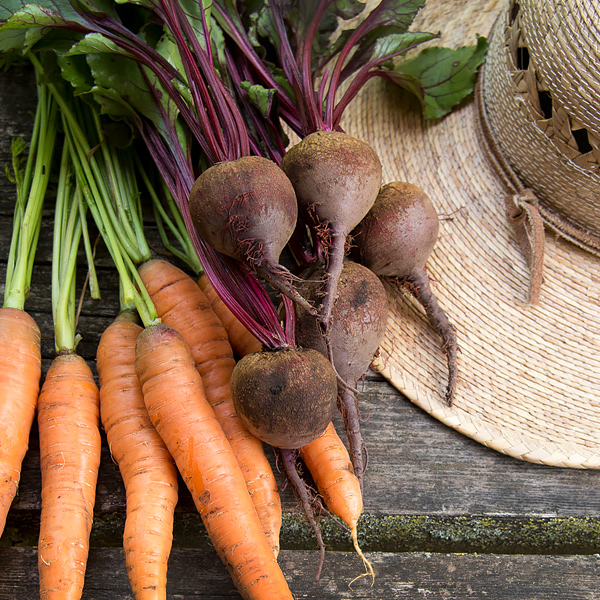 Some crops require a long time to mature before they can be harvested. They are started in early July in pots or seed flats for transplanting into the Regenstein Fruit & Vegetable Garden. “We transplant longer-season crops— those requiring 70 to 80 days to mature—such as broccoli, cabbage, leeks, bunching onions, and parsley, rather than direct sowing,” Hilgenberg says.

Some root crops like radishes are extremely fast and can often be harvested in 25 to 30 days or so from the time the seeds germinate. “We sow seeds of root vegetables—beets, carrots, and radishes—that lend themselves to cooler soils and shorter days,” Hilgenberg says. “You can also sow seeds of arugula, lettuce, spinach, and peas directly in the garden.”

*Broccoli and cabbage should be transplanted, not direct sown for fall, so allow time to start these in seed trays or pots for planting outdoors by this date.

**Some seed packets calculate the “days to maturity/harvest” as the time from when the seeds are sown—they’ve included the time needed for germination. However, other seed packets indicate the “days to maturity/harvest” from the time when the seedling appears. Other factors such as temperature, light, and moisture play a role in the harvest date. Experiment and enjoy your harvest.

Learn how to sow seeds indoors.

Check out one of our many gardening classes.