A Tale of Two Weevils

A weevil is a type of beetle. It typically has an elongated head that appears as a snout. In fact, its other name is snout beetle. Weevils, or snout beetles, make up what many believe to be the largest family of insects in the world—estimated at almost 40,000 species. The majority live in and around plants, and feed on plants and various plant parts. 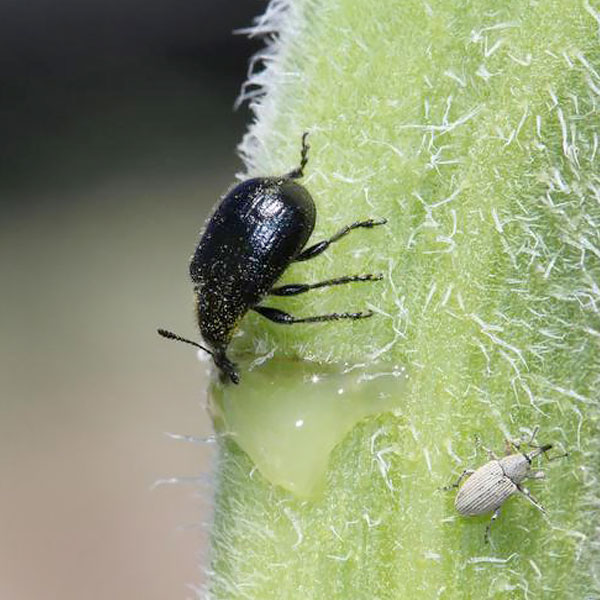 Why are we talking about weevils in a blog that features prairie plants? The relationship between plants and insects is a very close one. Insects can be very beneficial to plants, as pollinators, or very destructive to plants, which is the basis of the weevil scenario.

Of the tens of thousands of species of weevils I would like to discuss, there are two species that feed specifically on two groups of prairie plants. The Baptisia weevil or wild indigo weevil (Apion rostrum) feeds exclusively on plants in the genus Baptisia (the wild indigos). Of the many species of Baptisia, two are commonly found in prairies—white wild indigo (B. macrophylla) and cream wild indigo (B. leucophaea). Both are very handsome species of the pea family, sporting racemes (spikes) of white-and-cream colored pea-shaped flowers, respectively. Also, like other members of the pea family, the fruits are pod-like structures called legumes (think peapods). Female wild indigo weevils deposit their eggs at the base of the flowers of Baptisia species and the larvae feed on the developing seeds inside the legume fruit.

The other weevil in this tale is called the sunflower head clipping weevil (Haplorhynchites aeneus). This weevil feeds on select members of the aster or sunflower family, including the iconic prairie plants of the Silphium genus—compass plant (S. laciniatum) and prairie dock (S. terebinthinaceum). This weevil does not attack the flower, as does its wild indigo relative, but instead cuts the stem just below the flower head, causing it to droop over. It then feeds on the pollen the flower produced. You will need to wait until later in the summer to view this phenomenon, when compass plant and prairie dock bloom on very tall stalks. Their large basal leaves can be seen now. 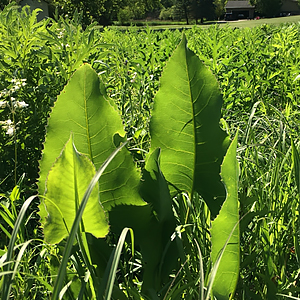 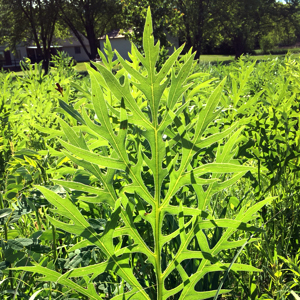 So you have a tale of two weevils—the wild indigo weevil that consumes a portion of the seeds produced in the flowers of the prairie wild indigos and the sunflower head clipping weevil that destroys the entire flower head of the prairie Silphium and therefore all of the seeds that they might have produced. You might say that the wild indigo weevil is the lesser of two weevils. This is my one and only prairie joke, which only makes sense if you have some background on the life of these two groups of prairie plants.

Look for the white-and-cream wild indigos in a prairie near you—they are blooming now. Of course you will have to wait until late summer or early fall to discover their nemeses inhabiting the black seedpods surrounded by a bunch of empty seeds. Despite their destructive nature, this plant-weevil relationship has been in place for a very long time, without the demise of either Baptisia or Silphium. Our species has had a much greater influence on the disappearance of these prairie plants. 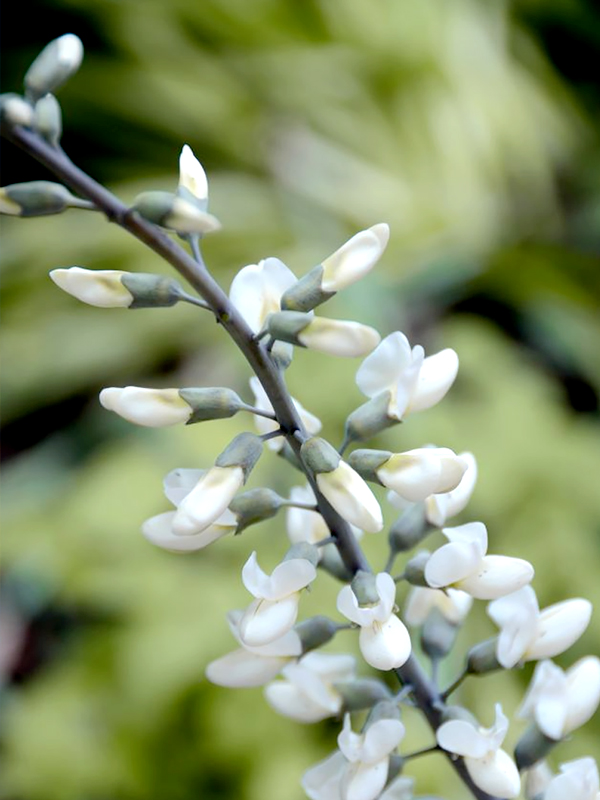 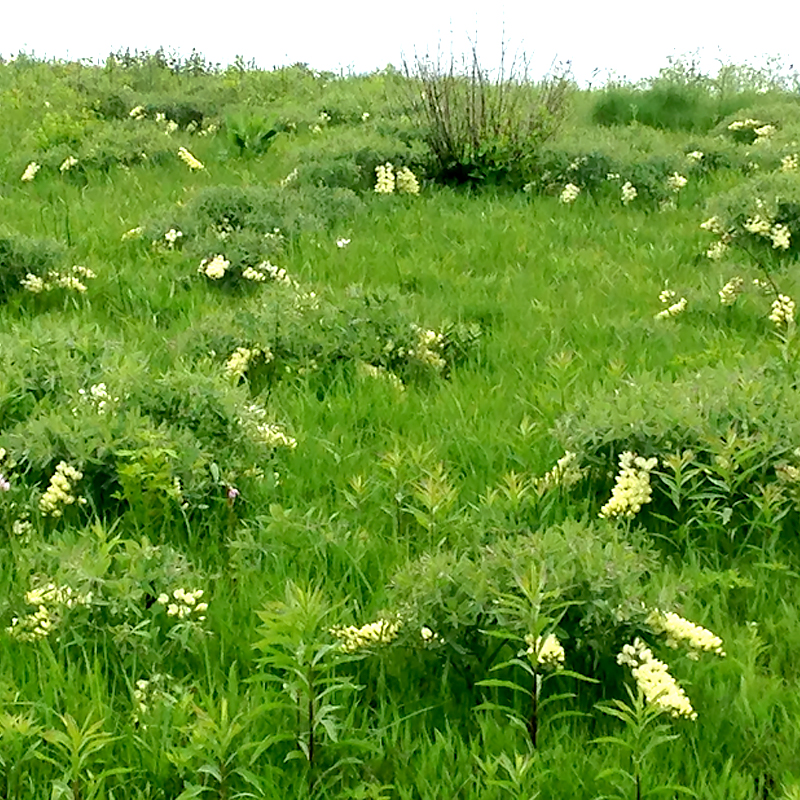 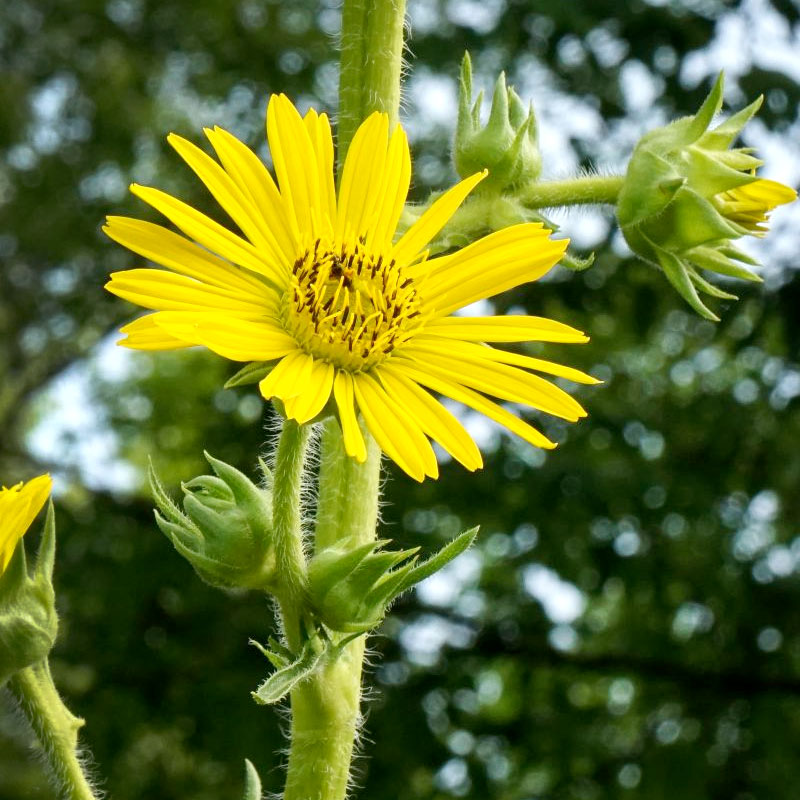 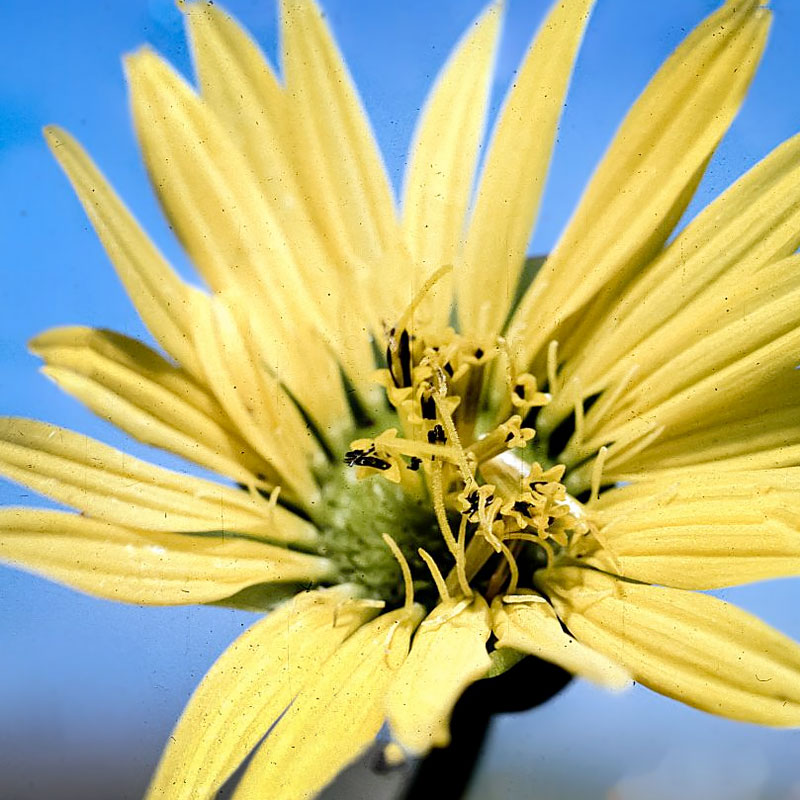