Tranquil, peaceful, and serene are words often associated with the McDonald Woods, which wrap around the northeastern edge of the Chicago Botanic Garden. But to Jim Steffen, senior ecologist at the Garden, the oak woodland is a bustling center for natural processes and species, and may hold answers to unsolved scientific questions. 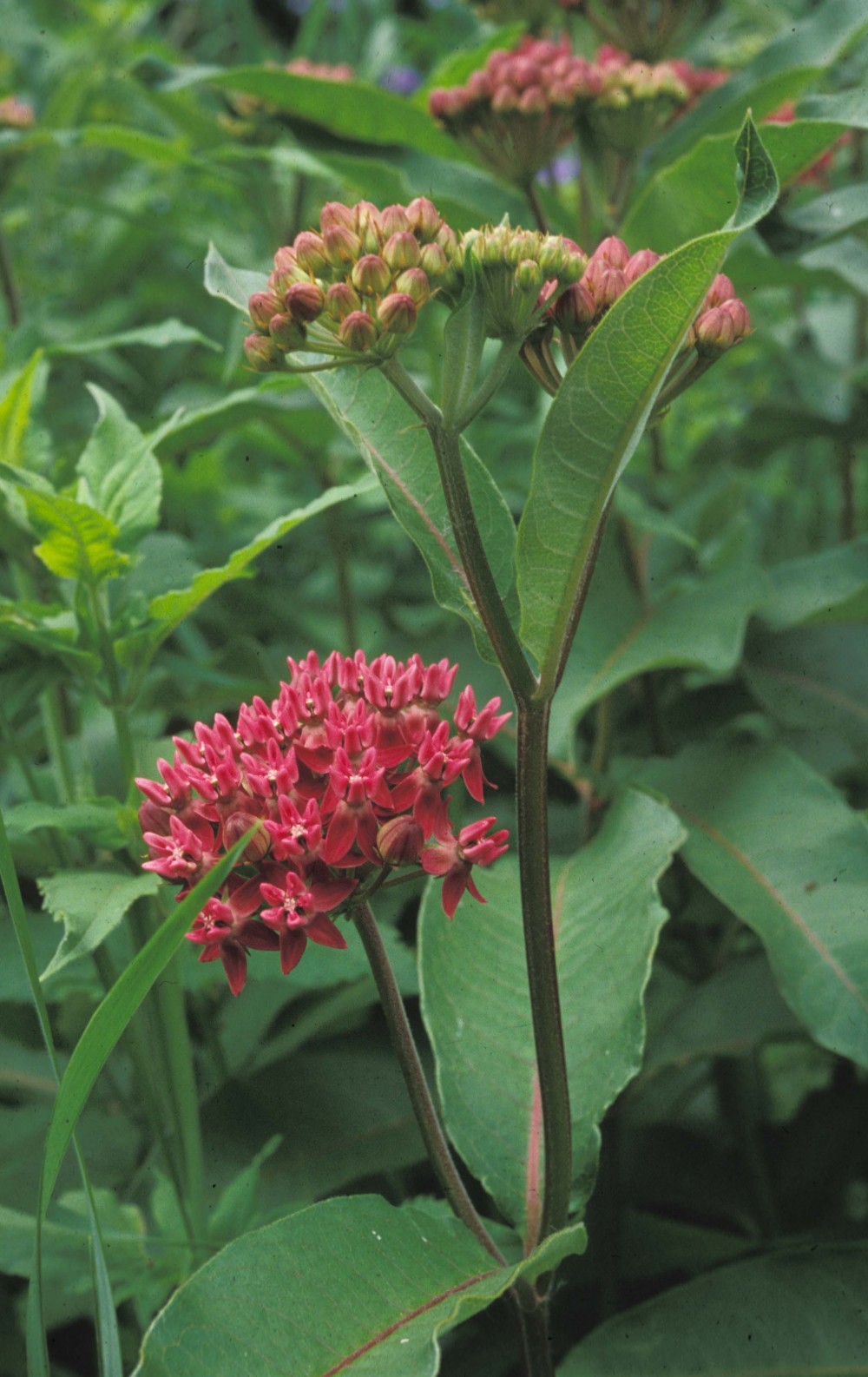 “Nothing out there exists by itself. It’s all a network,” said Steffen. Since he arrived at the Garden 25 years ago, he has used his powers of observation to document, study, and breathe life into the systems that sustain a healthy woodland.

In the late 1800s, most area native oaks were cleared, leaving behind a fragmented and altered landscape. Invasive plants, including buckthorn and nonnative critters, such as all of our present-day earthworms, moved in. The climate began to change. While many may have thrown up their hands and walked away from this complex puzzle, Steffen saw a treasure.

At age 15, he began to explore the natural world in earnest and to grow the insight that guides him today. After taking a course in his community, he was federally licensed to band birds for research, a pursuit he followed for another 40 years. As he searched for hawks, owls, and other birds of prey, Steffen couldn’t help but notice the activity beneath his feet. Among the fallen leaves were scuttling rodents, insects, and blooming plants. He realized their presence was integral to the entire community of life in the woods. 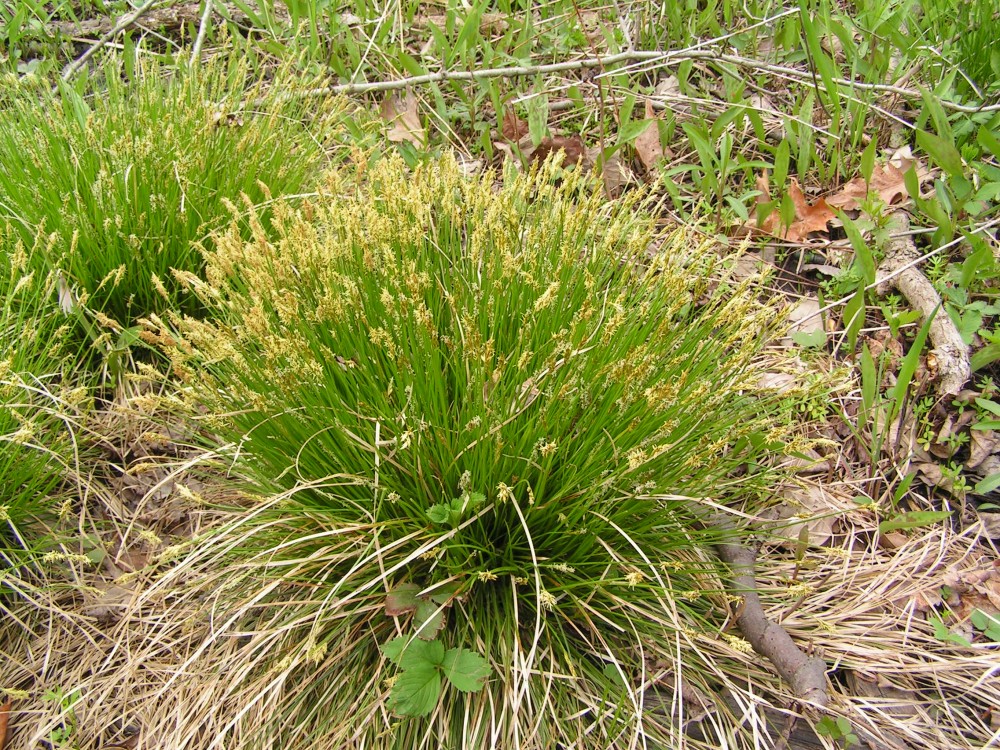 Carex bromoides is one of many sedge plants essential to the woodland ecosystem.

“I started getting more into how those things are related rather than just narrowly focusing on the birds or the plants,” he said.

Steffen developed a broad ecological background as he pursued his education and worked toward a career in conservation science. He was hired to manage 11 acres of woods alongside a nature trail at the Garden. Now, that management responsibility includes more than 100 acres.

Although he does not expect to re-create the exact natural community of the past, Steffen does aim to grow an oak woodland of today. “My goal is to increase the native species diversity and improve the ecological functioning that is going on in the Woods,” he said.

Early in his career, he successfully advocated to expand the managed area to include adjacent acres. His management activities and detailed inventory work has grown the number of species there from 223 to 405. Of those species, 345 are native to the region. 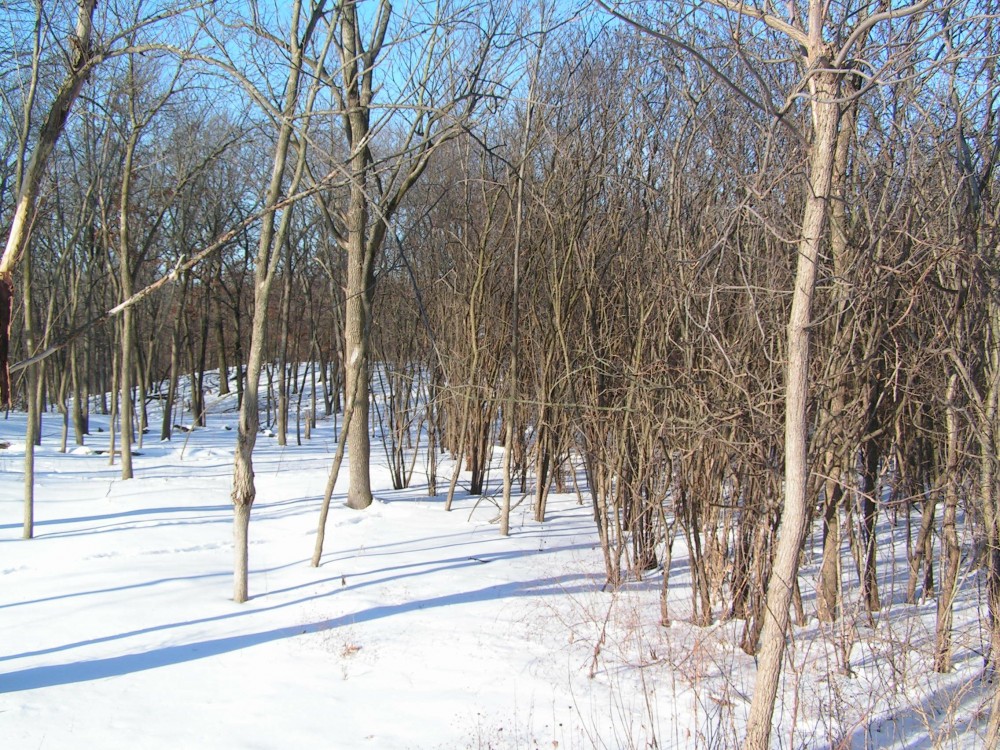 Invasive buckthorn plants are interspersed among the trees on the right, while they have been removed on the left.

The leaf canopy of the second-growth woodland was nearly 100 percent sealed when he arrived. It is now more open, allowing sunlight to punctuate the ground—encouraging the reproduction of oak species and promoting the flowering and seed-set of the native grasses, sedges, and wildflowers. The rewards of his work? Less carbon being released from the soil, improved water retention and nutrient cycling, and a place to bolster native species of plants and animals. 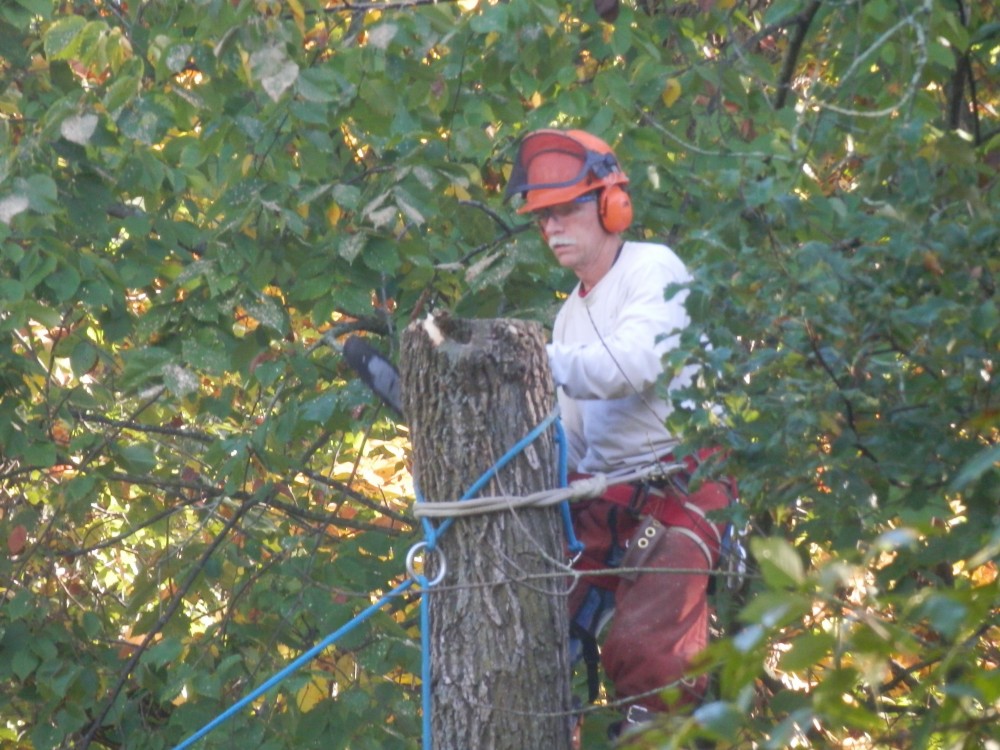 “It’s a difficult thing to do,” he said of oak woodland management. Steffen is grateful for each helping hand. “I’d say I’d be about ten years behind if it hadn’t been for my dedicated volunteers who help with the physically demanding work.”

This spring, Steffen and his team will begin to collect seed from more than 120 native plants they nurture in the Garden nursery and from dozens more in the woodland.

The process continues through November. It includes plants like the cardinal flower (Lobelia cardinalis), which was once common in Glencoe’s natural areas. 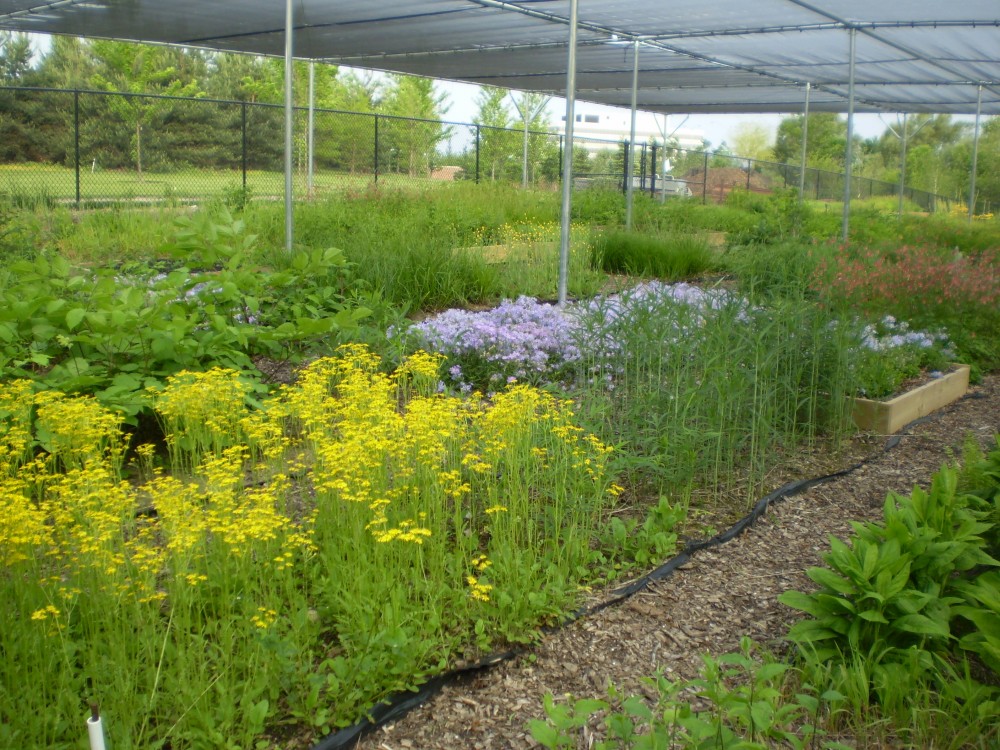 Native woodland plants are grown for seed in the Garden nursery. 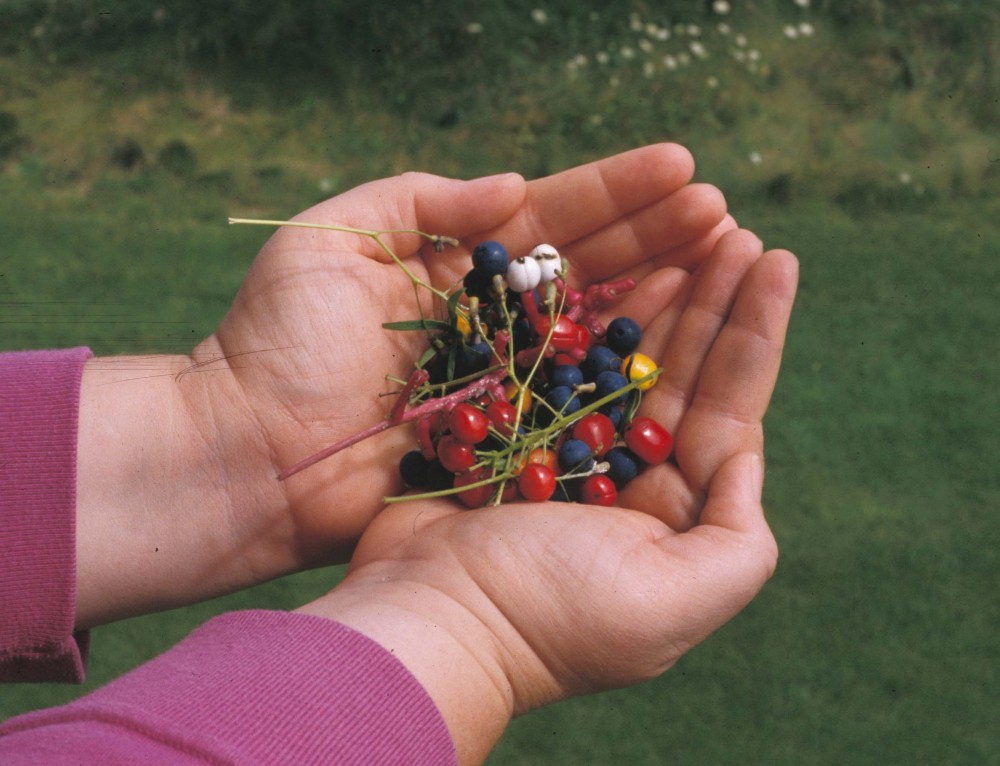 Berries are collected for seeding.

Steffen also collects seed from external natural areas, bringing new genetic diversity into the Woods to strengthen existing plant populations. (This is an increasingly challenging task, as 50 percent of his collection sites has been lost.) Collected seeds are scattered in prepared areas of the McDonald Woods, either in the spring or fall, or sometimes in the middle of winter on top of the snow.

“Everything you see growing, walking, or flying in the woodland is just 10 percent of the picture. In any native ecosystem, probably 90 percent of the diversity is at and below the soil surface,” he said. An entire network of plants and other living organisms exist and interact there, helping to sustain what grows above them. Oak trees and most other native plants rely on entrenched fungi, for example, to deliver nutrients and water or protect them from herbivores and disease. 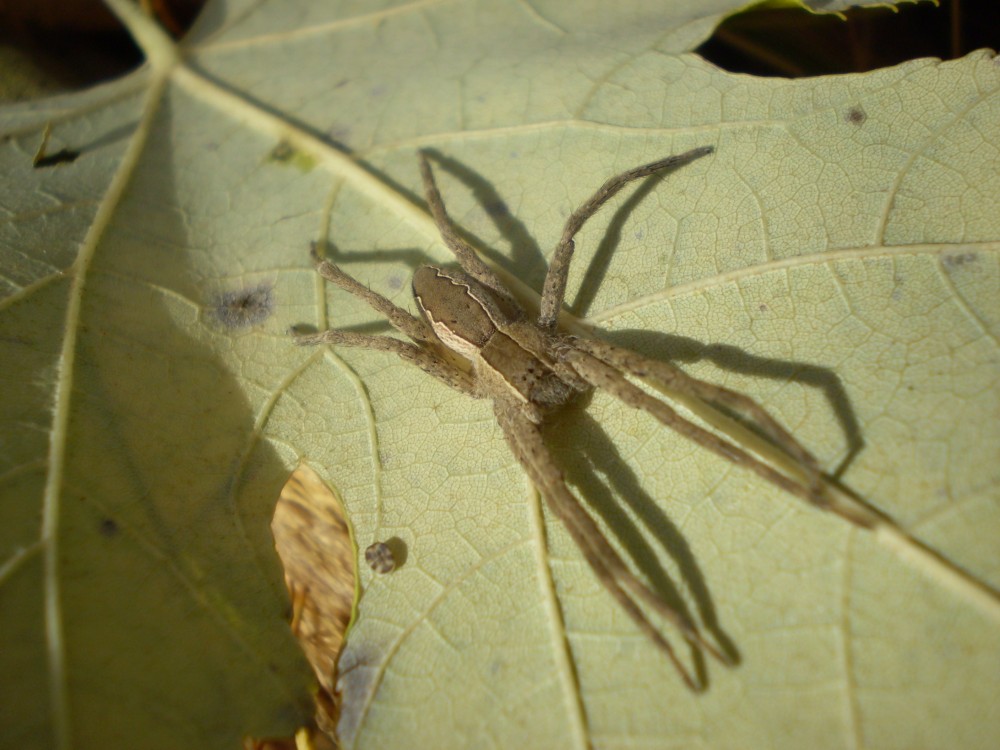 Microarthropods living in the leaf litter and soil, such as tiny springtails and mites, and larger organisms including spiders, also play important roles. Together with a volunteer, Steffen has dedicated 14 years of work to better understanding those interactions. They have found several species never found before in Illinois and some that even appear to be new to science. “We are still identifying some of the things we collected ten years ago,” Steffen said. And similar, rarely studied subcommunities exist higher up in the trees. “That’s another hint as to how complex the system is and how much we don’t know about it,” he added.

Some things are clear. A pioneer of oak woodland restoration, Steffen was among the first to notice that the natural layer of decomposing oak leaves and plant material was vanishing from the ground in the McDonald Woods and most other woodlands in the region. He attributes the effect to higher levels of nitrogen from the decomposing leaves of nonnative plants, and the presence of exotic, invasive earthworms. “Because so many organisms live in that layer and depend on it for survival, they are disappearing,” he cautioned.

But first, it is time to take in the rewards of winter. May is peak season for migrating birds in the Woods, including warblers and flycatchers. Sedges will bloom, along with spring ephemerals such as trillium. 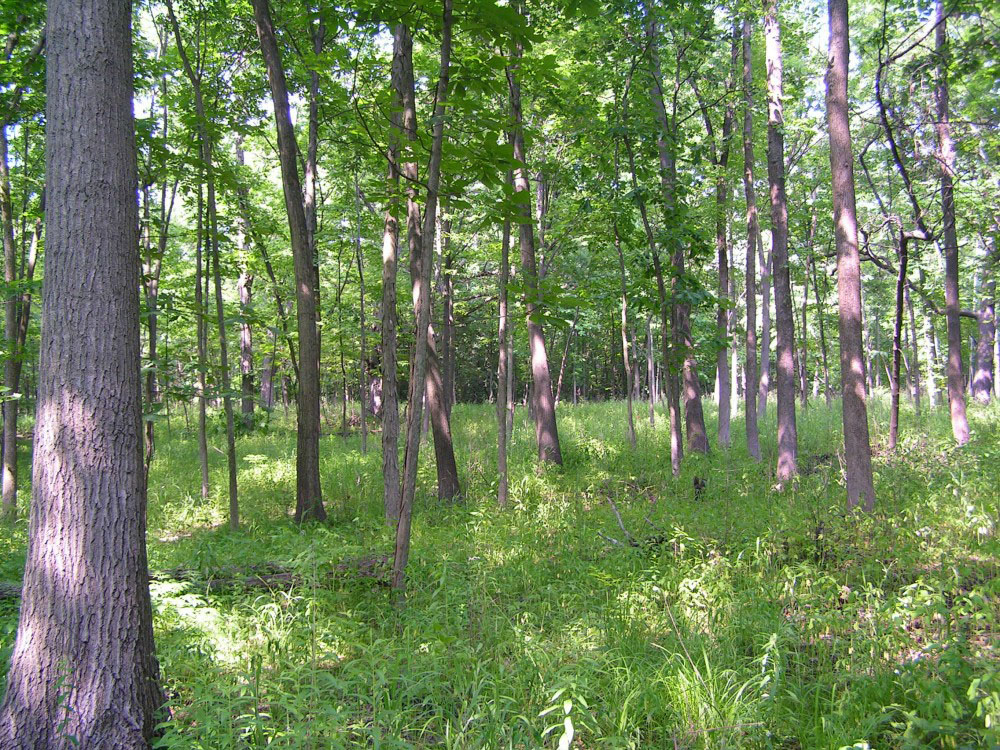 Activity is everywhere, and it is a welcome sign of progress for Steffen. “It’s much healthier now than it was when I started,” he said. “All this diversity is able to function more easily now.”

The McDonald Woods are also an educational resource. Steffen will lead a rare off-trail hike there this year, and teach classes in bird watching and sedges through the Garden’s Adult Education programs.