The Lowdown on the Prairie

Life in the prairie in the middle of winter is fairly uneventful; at least for humans who focus primarily on life above ground. Perhaps now is a good time to reflect on the diversity of life in a prairie below ground.

All one has to do is drive across the Midwest and view the unending and, to many, boring, miles of corn and soybean fields to understand the impact of prairie life underground has had on the prosperity of this nation. The root mass in a prairie is more than double the shoot mass above ground. For thousands of years, the death and regeneration of roots and organisms that interact with them have developed an amazingly fertile soil that has been exploited by agriculture to such a degree that very little original tallgrass prairie has survived.

Soil microarthropods such as mites and collembolans are common inhabitants of the prairie underground. In the top 10 centimeters of prairie soil, between 68,000 and 94,000 microarthropods make their home.

The biodiversity of the soil ecosystem of a prairie equals that above ground and its biomass exceeds it. Much of that biomass is very small to microscopic. Soil microorganisms such as nematodes, fungi, bacteria, and microarthropods occur in abundance.

A common and important fungal inhabitant of the prairie soil is endomycorrhizal fungi. These organisms, which colonize root cells of the plant, engage in a symbiotic relationship with the roots of many prairie plant species—“symbiotic,” meaning both organisms benefit from the relationship. 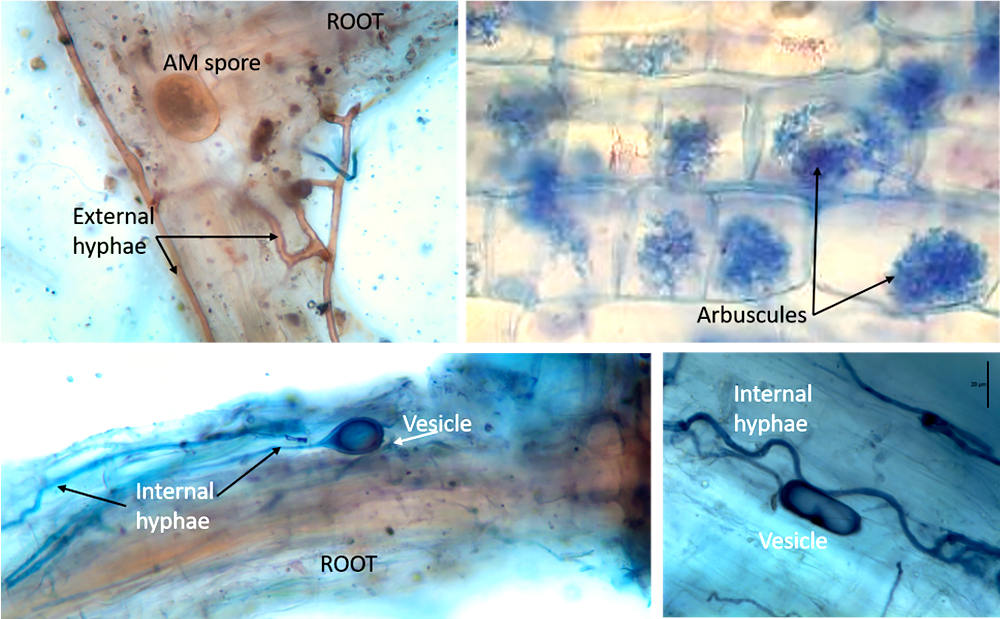 For the prairie plants, the fungi develops a network of very fine hyphae that spread through soil and extract water and nutrients—phosphorus in particular—in areas of the soil where prairie roots cannot penetrate. The fungi share these resources with the plant in exchange for energy-giving sugars produced by green plants thorough photosynthesis that are utilized by the fungus to grow and reproduce. It’s a win-win for both organisms. 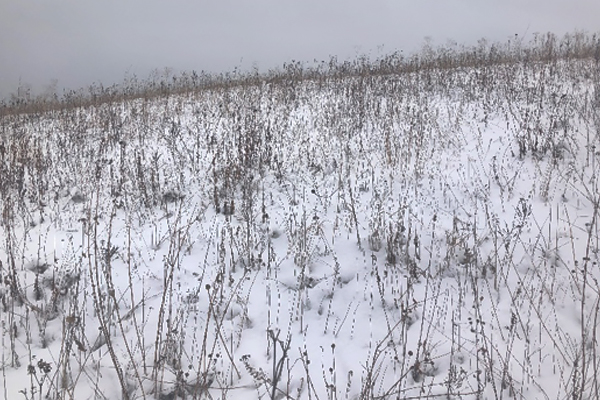 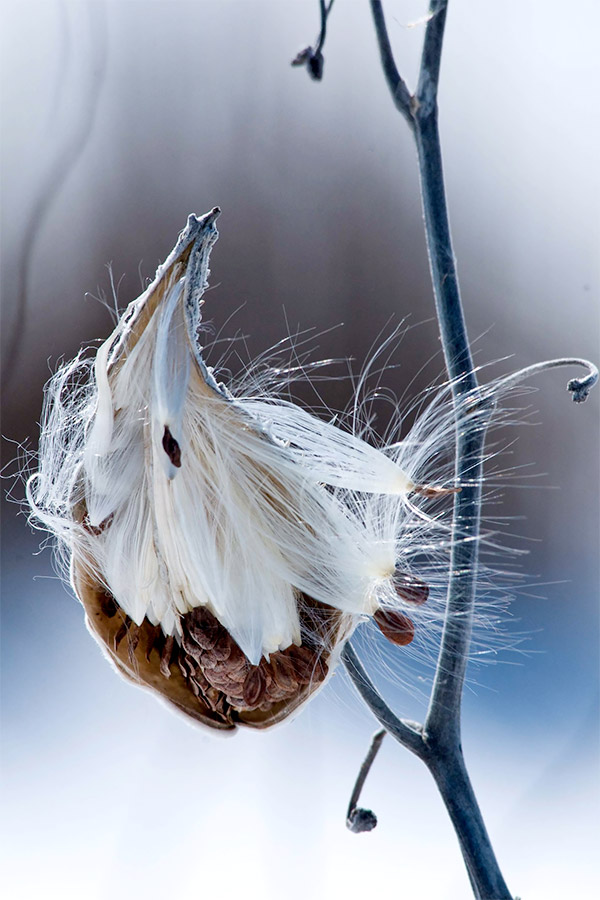 It is important to understand that the soil beneath a prairie is a living, breathing community. The air and water that drive life in the prairie above is also just important to the soil ecosystem. Soils of the prairie are composed of crumbs called aggregates. These aggregates allow infiltration air and water into the soil. If you think of an inflatable children’s playhouse filled with colorful balls in which children can easily breathe when burrowing beneath the surface, you get a sense of how air can be transferred underground to support its biological inhabitants; especially where soil aggregates are abundant. Compared to life above ground, the volume of air is reduced but is plentiful for tiny soil organisms.

When temperatures drop below freezing during the winter months the majority of prairie plants, which are mostly perennial, abandon their life above ground for the more moderate environment beneath the surface. Despite its moderating effects on temperatures, soils still freeze in the upper Midwest; the depth of freezing depends on the degree of mulch and snow cover.

The same extensive root systems of most prairie plants that are so efficient at extracting water and nutrients in the growing season take on a different role during the winter. In the fall, prairie roots become acclimated to the cold. Sugars created by photosynthesis of summer vegetation and nutrients extracted by roots hairs and associated mycorrhizal fungi are stored in coarse roots and underground stem structures such as rhizomes, bulbs, corms, and tubers.

At the same time, much of the water inside root cells is moved outside the cells. The resulting concentration of sugars lowers the freezing point within the roots and underground stem structures. In addition, the removal of water from within the cells reduces the chance of ice crystal expansion, which could break through cell walls and kill the cells. Cold acclimation in plants also triggers physiological actions to strengthen cell membranes to resist damage from ice crystals that may form. When temperatures begin to rise again in the spring, water is reabsorbed by root cells, and the storage of sugars and minerals provides a pulse of energy to resume growth in the spring. 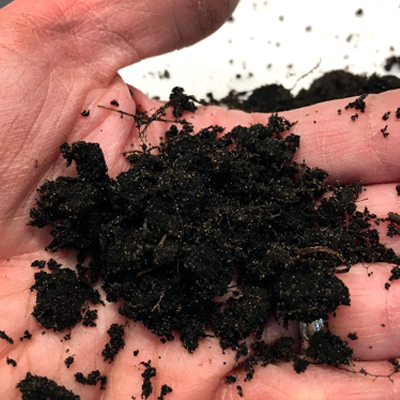 The major life forces of the prairie lying beneath the soil surface is invisible to humans. However, we can reflect on its diversity and appreciate its importance.