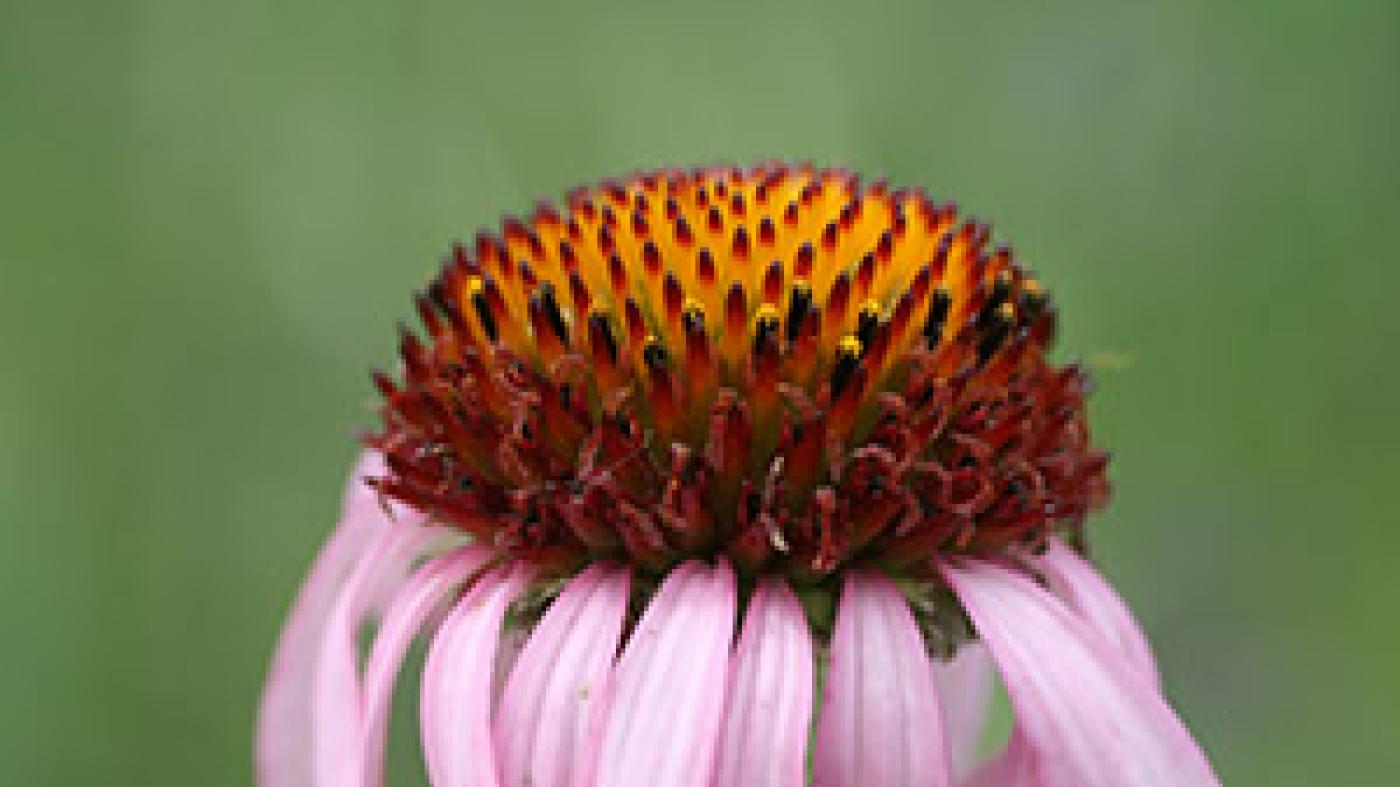 A new study has discovered that fires are critically important to successful reproduction in prairie plants. Conservation scientists from the Negaunee Institute for Plant Conservation Science and Action at the Chicago Botanic Garden learned that fires help plants flower and find mates. Researchers observed the sex lives of 778 individual plants for 21 years on Staffanson Prairie in western Minnesota. During the study, which ran from 1996 to 2016, The Nature Conservancy conducted prescribed burns in nine different years, burning no more than half the preserve each time.

Researchers learned that a fire synchronizes the blooming time of the prairie plant Echinacea angustifolia, commonly known as the narrow-leaved purple coneflower. When plants flower at the same time, seed production increases. Synchrony measures how much flowering time overlaps—the more overlap, the more mating opportunities, or opportunities for bees to move pollen between Echinacea plants.

“In most years, plants are isolated from other plants because few plants flower. They don’t get well pollinated, and they produce few seeds,” said Stuart Wagenius, Ph.D., senior scientist at the Negaunee Institute, an adjunct assistant professor at Northwestern University’s Program in Plant Biology and Conservation, and lead researcher. “However, in the summer right after a fire, many plants flower, they are not isolated, they get pollinated and they produce many seeds. The benefits of synchronized flowering after a fire keep populations healthy and avert local extinctions in Echinacea and many other prairie plants.”

The study will be published this week in the Proceedings of the National Academy of Sciences.

Native plants have been disappearing from prairie remnants, especially those that have not been managed with fires. These disappearances are a major concern because the tallgrass prairie is one of the most threatened and least protected habitats in the world. “Healthy prairies contain many species of native plants and animals,” according to Jared Beck, a graduate student at the University of Wisconsin, Madison and a co-author of the study. “Scientists and land managers know that fires control competitors like shrubs and weeds, which helps the native plants. But our study shows that fires also increase mating opportunities, which enables native plants to find mates, produce seed and establish future generations of plants.”

Finding a mate for a plant means that it receives or gives pollen to another plant so sexual reproduction can occur. “Echinacea relies on pollinating insects to move the pollen from one individual Echinacea plant to another individual Echinacea plant. Bees are more likely to move pollen between a pair of potential mates when the plants are close together and flowering at the same time,” said Dr. Wagenius. Pollen carries the sperm cell, which combined with an egg cell becomes an embryo or seed.

The plant Echinacea angustifolia or narrow-leaved purple coneflower is native to the tallgrass prairie and plains west of the Mississippi River to the Rocky Mountains, ranging from Texas to Canada. Researchers use this plant as a model organism to study perennial plants in grasslands. A related coneflower, Echinacea purpurea, and its ornamental cultivars are often grown in gardens. Echinacea plants are used in folk medicine.

An individual Echinacea angustifolia plant lives many years and does not flower every year. “Fires serve as a signal for plants to flower, which we expected,” said Gretel Kiefer, a conservation scientist at the Negaunee Institute and a co-author of the study. “However, we did not know that, within a season, flowering times would overlap a lot more after a burn compared to most years. This synchronized flowering really improves pollination by bees, which is required to make seeds.”

To enable researchers to compare mating opportunities in burned and unburned areas, they developed the concept of the mating scene and mating potential. “A mating scene is a multi-dimensional mathematical representation of mating opportunities available to individual plants,” Wagenius said. “We borrowed two concepts from physics. Mating potential and scenes are analogous to electric potential and fields.”

Researchers say implications of their finding extend beyond the prairies of North America. “Many important habitats around the world depend on frequent, low-intensity fire and they suffer when humans suppress fires. Our results demonstrate a previously undocumented and potentially widespread way that fire enhances plant reproduction, promotes population health and maintains plant diversity in fire-dependent ecosystems worldwide,” Wagenius said.

This project has been funded by the National Science Foundation since 2000. Wagenius started the project as a graduate student at University of Minnesota. Additional funding was provided by National Geographic Society. Many student interns and volunteer scientists contributed to this project over the years.

An image gallery is available for media download here.

Interact with the Garden for this and other Garden events and programs: