Perennials: Time to Divide and Multiply

Perennials are the darlings of many gardens. Unlike annuals that grow, flower, produce seeds, and die with the fall frost (including marigolds, zinnias, and cosmos), perennials typically return year after year. They can be long-lived—think peonies, which can prosper for decades—emerging each spring to add color, texture, and sometimes wonderful fragrance to the garden.

Many perennials form clumps of leaves that grow larger each year. Some examples are daylilies, hostas, ornamental grasses, Joe-pye weeds (Eutrochium), barrenwort (Epimedium), and ferns. Because they form ever-expanding clumps, the plants benefit from being dug out of the ground, divided, and replanted. Voilá! More plants!

Although several perennials can be divided in late summer, spring is a good time for this task. That’s because temperatures are cool and the soil is usually moist. Dividing perennials in spring also allows the roots to become well established throughout the summer. 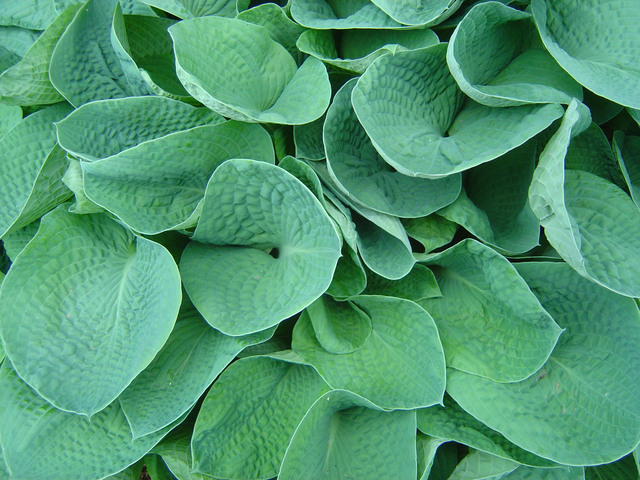 Hostas looking a bit crowded last year? Split them now and get two to three times the plants!

Dividing helps breathe new life into crowded plants while also controlling aggressive, spreading perennials, such as yarrow (Achillea) and beebalm (Monarda). It’s also a fun way to increase plants for your garden or your gardening friends. 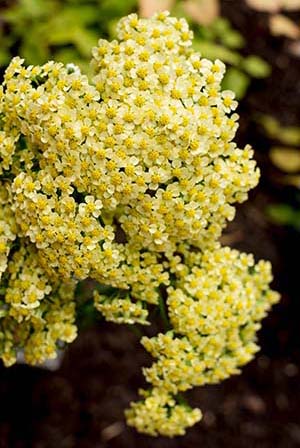 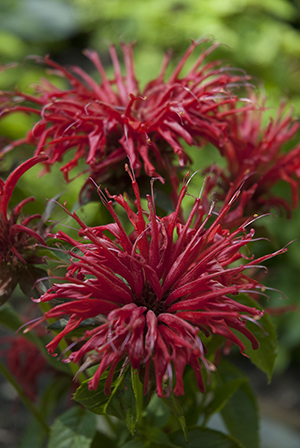 Hostas are among the easiest perennials to divide. This is a task for late April and May, when the leaves are just a few inches tall. A spade with a sharp edge, a garden fork, and a bread knife or a trowel with a serrated edge are some of the tools that make the job fairly simple.

Dig up the entire clump and brush or water away the soil so you can see where the clusters of fleshy roots join the leaves. Each cluster is a separate plant. Carefully tease the individuals apart, so that each cluster has a few leaves and a good clump of roots. Set the new divisions in the ground at the same depth at which they had been growing and water thoroughly. This method works on daylilies, lungwort (Pulmonaria), coneflowers, and other clump-forming perennials.

After a few years of growth, ornamental grasses such as fountain grass (Pennisetum) and switchgrass (Panicum) develop a dead spot in the center of the clump. The leaves grow in a ring or donut shape. The same thing happens to Siberian irises, and when it does, the plants need attention. Divide you must, otherwise the grasses become floppy and the Siberian irises produce fewer, smaller flowers.

For Siberian irises, dig up the entire plant with a fork or spade and set the clump on a tarp or the ground. This is where a serrated trowel, a bread knife, or a small handsaw, set aside just for this purpose, can cut through the emerging leaves and rhizomes (thick underground stems that produce the shoots and root systems of new plants).

Each division should have a hefty rhizome or two. Discard any woody, dead-looking pieces and replant the rest. Siberian irises benefit from division every three years or so. As with the hostas, set the plants back in the ground at the same depth they were growing, add compost or other organic matter, and water them well.

When it comes to rejuvenating large ornamental grasses, they are usually too big to dig out of the ground. And most ornamental grasses do not produce green leaves until early May. Use long-handled hedge shears to cut the old leaves as close to the ground as possible. That’s the easiest way to see the donut shape that has developed—the inside of the clump is usually soil or debris. Next, use a sharp spade and slice a few sections of roots from the outside ring. You can move the pieces elsewhere in the garden or toss them in the compost.

Some runaway perennials, like asters, yarrow, summer sunflower (Helianthus), and beebalm (Monarda) spread by underground runners and may need dividing every other year to keep the plants healthy and to prevent them from running wild. When the leaves are just a few inches tall in spring, it’s easiest to slice a few sections with a spade, lift them out of the ground, and use them elsewhere or compost them. This technique also works on Coreopsis, Epimedium, Lysimachia, Pulmonaria, lily-of-the-valley, sedges, and sweet woodruff (Galium).

Get Gardening with a Class 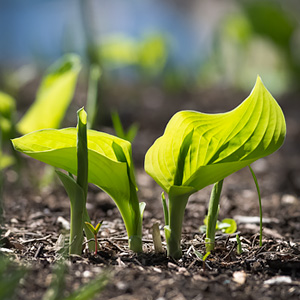 Check out our wide range of hands-on gardening classes including perennial gardening courses and much more. 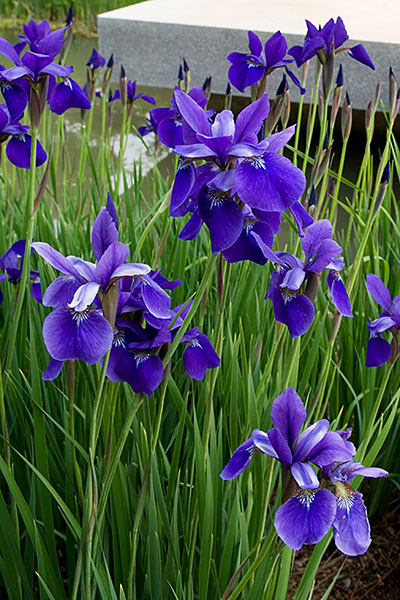 For Siberian irises, dig up the entire plant with a fork or spade.