As fall settles in, a gardener’s thoughts generally turn to removal—raking leaves, cutting back perennials, and pulling out the last of the vegetables.

But fall is the season for addition as well as subtraction. In fact, for smart gardeners, fall is the best time of the year to add to and improve your soil.

In the May 2015 edition of Smart Gardener, we talked about soil in general: what it’s composed of (45 percent physical material, 25 percent water, 25 percent air, 5 percent organic matter); the web of life underground; and the differences between compost, mulch, and manure.

As this United Nations International Year of Soils draws to a close, we hone in on preparing your soil in fall for next spring. 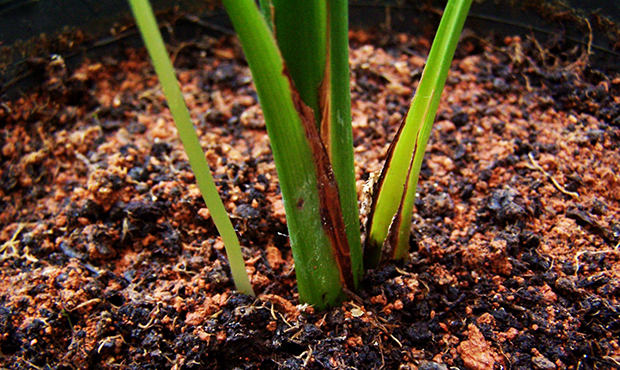 “Feed the soil, not the plants.”

We kicked off the May article with the same quote, a thought from organic gardening expert Robert Rodale. It is a reminder that soil needs food in order to produce healthy plants. Without the continued addition of organic matter (that 5 percent mentioned above), soil is quickly drained of its nutrients, becoming lifeless and unable to support what you plant in it. Simply put, you won’t grow good fruit, vegetables, or flowers without good soil.

Try these five steps this fall to build and improve on your soil for spring.

The first step toward better soil is to know what you’ve already got. Contrary to what you may think, fall is the season to have your soil tested, rather than spring. A fall test allows you to fine tune the amendments you’ll add, since there will still be time to react with improvements before winter.

Soil tests seem daunting, but our Plant Information Desk (located next to the Lenhardt Library in the Regenstein Center) makes it easy: they’ll hand you a list of soil testing labs to contact for sample bags and sampling information. The University of Illinois Extension website is a great resource, too: extension.illinois.edu/soiltest/.

As mentioned above, removal is an important part of fall soil prep: remove every diseased leaf, twig, or branch you can see, and clean up plant materials and crop residue from the ground before amending your beds. A thorough cleaning means less opportunity for disease to take hold in the soil or for pests to settle in for the winter.

What is a cover crop? In general, it’s a plant that helps improve your soil. The practice of cover cropping is an old one—documented in China and India as much as 2,500 years ago. Instead of allowing a bed to go bare—exposing the soil to wind, running water, and ambitious weeds—cover crops are sown when the land is fallow. Allowed to grow but not to set seed (or to be stopped by cold weather, known as winterkill), the crops are then lightly tilled or turned under into the soil, adding nutrients, fertility, and aeration.

Annual rye is a good late season cover crop for this area. Sown now, it will grow until killed off by cold temperatures; then it acts as a blanket over the soil, protecting it from wind and water erosion. It’s easy to till under in spring.

One favorite source: Johnny’s Selected Seeds has a full range of organic cover crops, as well as helpful charts and comparisons both online and in their catalog.

No chance to cover crop? Then add a two- to three-inch layer of organic compost or well-composted manure to your soil. Broad-forked or lightly turned under, it will have time to break down over the winter, leaving the soil with the plant-accessible nutrients it needs next spring.

Fall is the season of plentiful leaves: use them to your garden’s advantage rather than gathering them up and paying for them to be toted away from your yard. Rake leaves, then shred them with a shredding/mulching mower. Layer the beautifully rich remnants 4 to 6 inches deep on your garden beds. The mulch not only acts as a blanket to protect and hold in moisture, but also slowly breaks down to become the newest layer of soil.

Properly prepped in fall, your garden soil will be ready to work in spring.

And that is something that every smart gardener can look forward to. 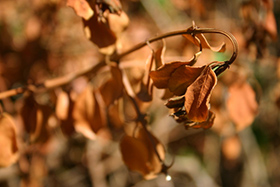 Dry leaves make wonderful compost, but be sure to leave out moldy or diseased foliage.

How to Plant a Cover Crop 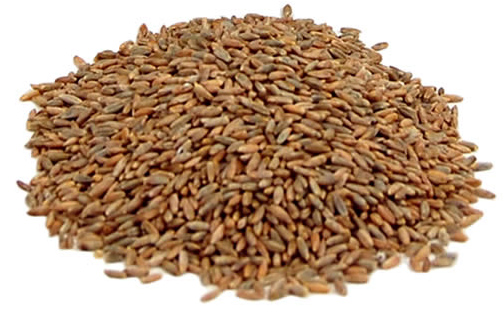