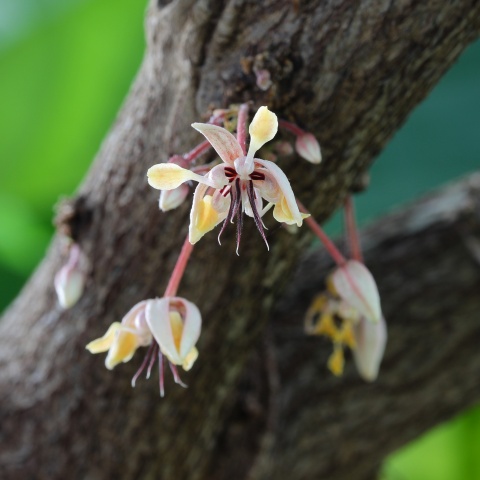 Theobroma cacao, known as cacao (and as chocolate in the refined form) is a small tree that produces hard seeds encased in large yellow pods. The small, insignificant white flowers are produced all along the trunk and larger stems. A plant with historic roots, its seeds were used as currency by the Aztecs and other nations from Mexico extending south to the ends of the Mayan empire until the arrival of the Spanish. The Aztecs and the other ancient nations were very fond of a drink featuring whipped cacao (sometimes augmented with hot chili peppers, vanilla, or achiote). The Spanish found the drink too astringent, but exported some of the seeds to Europe, where the chili was replaced with milk and sugar.