Look for the hook! 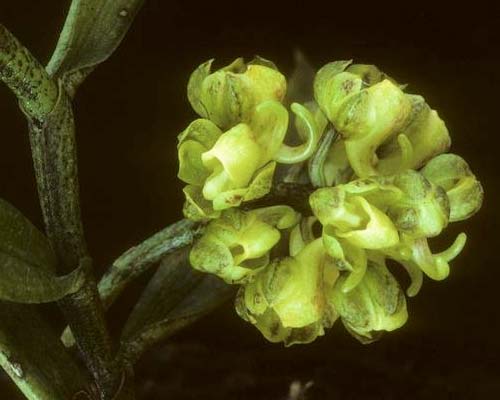 An extremely rare orchid, its name is Latin for “bearing a hook,” referring to the spur found on all six plants in this Himalayan genus. Explorers brought this orchid to England, where it was named by John Lindley, considered the father of orchid taxonomy, in 1859.