Stories in the Snow

When a coyote pirouettes in the snow, you start to wonder. Where was it going? And what made it turn?

After a big snow, I love looking for wildlife tracks and the stories they tell. The paw prints and other tracks in the snow are among the small wonders of winter.

In a recent blog, we talked about finding awe on winter walks—turning attention outside yourself for emotional well-being. By following animal tracks, you lose yourself in a different world and take a fresh look at the nature that surrounds you. You can do so in your neighborhood or at places including the Chicago Botanic Garden, where I’m director of youth education.

One winter, after a snowstorm, I decided to look for evidence of wildlife near the Garden’s Regenstein Learning Campus. My first sighting was the tracks of at least one coyote running through the snow.

The individual track was not a clear footprint, but it was the right general shape and size to be a coyote. 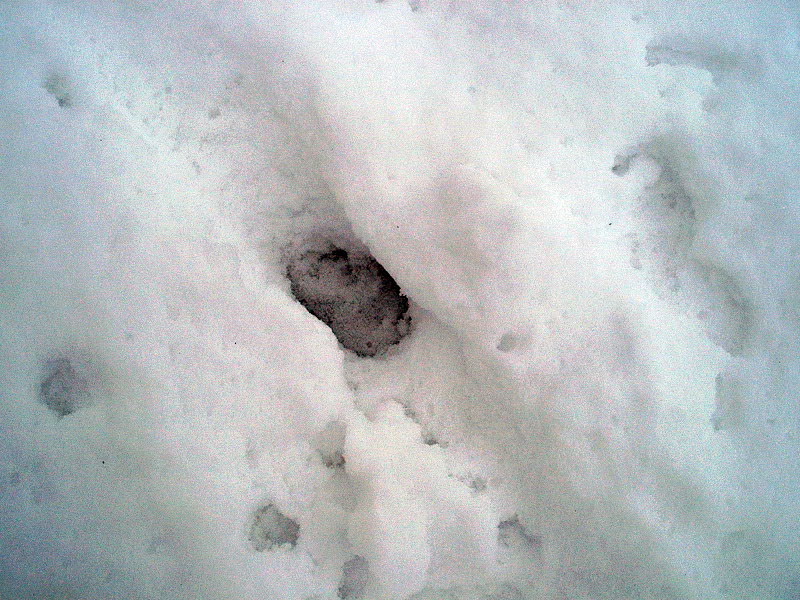 The coyote track looks like that of a medium-sized dog, with padded feet making toe impressions in the snow.

The tracks formed a few paths across the Campus. 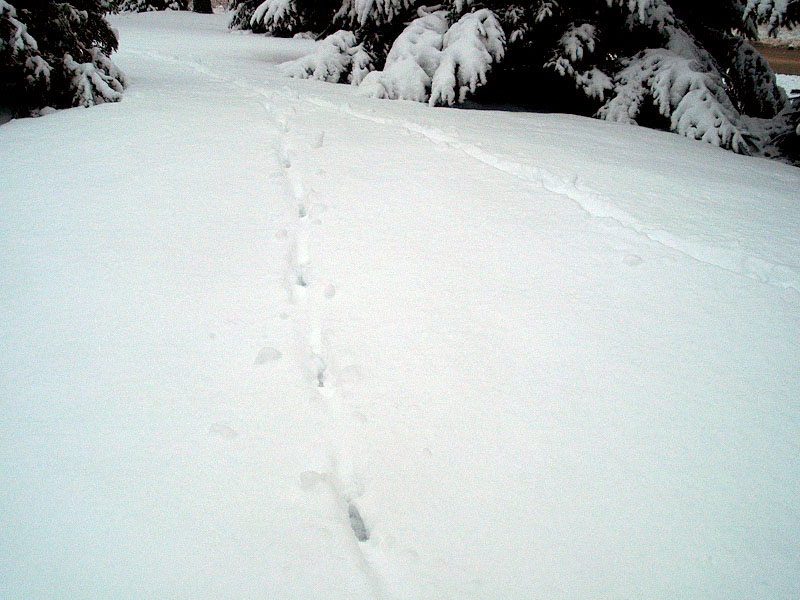 A coyote ran through the snow toward the right of the picture, then ran back and rejoined its original trail.

The tracks did not follow the paths that people walk, but instead ran closer to trees. This makes sense for an animal that is trying to stay hidden from other animals. I also found a spot where the coyote seemed to run up, do a little turnaround, and take off in another direction. 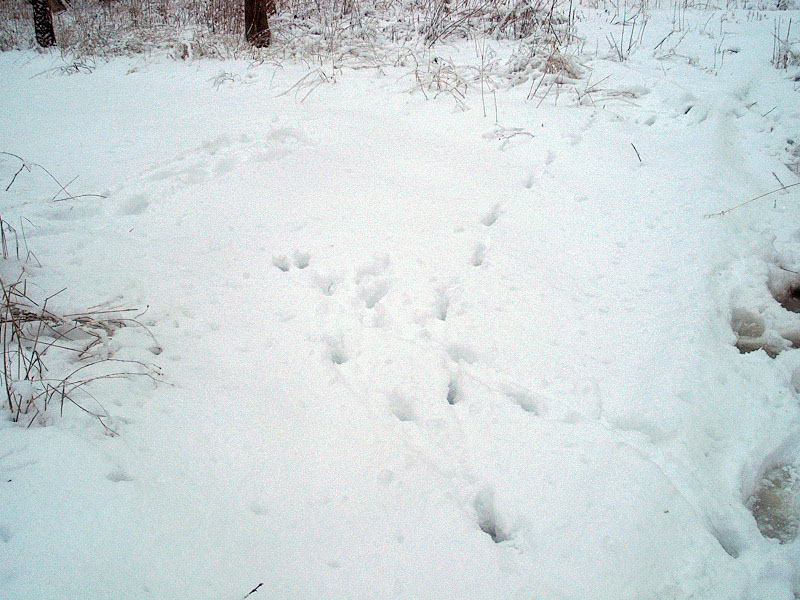 The tracks look like a coyote circled around after running out of the woods.

This isn’t the clearest picture, but you can still see that the coyote came from the wooded area toward the front of the picture. Then it turned around and sank down on its front paws, right where you see two clear side-by-side holes in the snow. It turned and ran to the right of the picture frame. You can imagine a spirited puppy, running excitedly as it plays in the new snow and leaves tracks like these. Was the coyote playing? Hunting? Running away? If you’re walking with someone, especially kids, it’s fun to come up with a story.

I was also hoping to find evidence of animals interacting. The closest thing I found was this set of rabbit tracks. 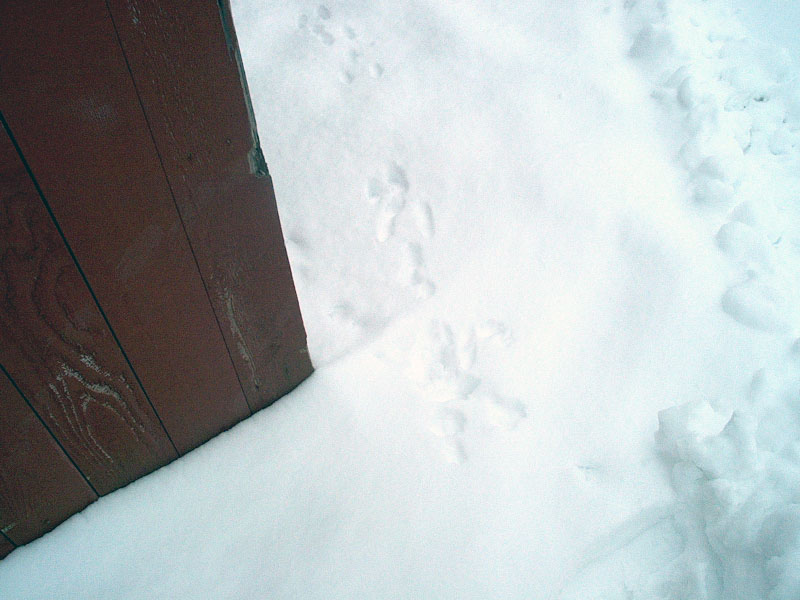 The rabbit that left these tracks decided to turn around and go back instead of coming around the corner of the building.

Here, the rabbit hopped to the corner of the building, stopped, and then turned around and went back the way it came. Did it possibly see or smell the coyotes that were running around and decide to go back to hiding?

I also spotted squirrel, bird, and mouse tracks. And then I found these strange marks in the snow. 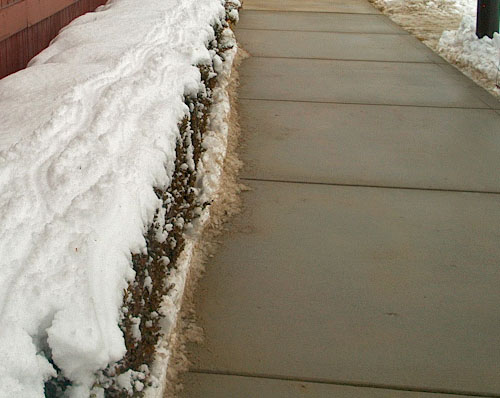 Fingerprints in the snow?

What could these strange lines be? “It’s elementary, Mr. Watson!” These “fingerprints” were left by elementary school students as they dragged their hands along the snow.

What could these strange lines be? “It’s elementary, Mr. Watson!” These “fingerprints” were left by elementary school students as they dragged their hands along the snow.

Here are some tips on how to look for wildlife stories:

And if you don’t spot any animal tracks, no worries. You got in a walk and fresh air and took in the beauty of a winter wonderland.