The elegant flight and bright white plumage of the great egret (Ardea alba) belie its harsh croak when it takes off from a marsh. It was this bird’s beauty that nearly led to its demise at the turn of the twentieth century, when these and other waders were hunted for their feathery plumes that women wore in their hats.

Since then, the great egret, standing more than 3 feet tall with a nearly 5-foot wing span, has become the symbol for the National Audubon Society, founded in part to stop these birds from being killed to extinction.

Great egrets spend winter as far south as the West Indies, Central America, and South America. In spring, they migrate in small flocks during the day, eventually choosing a place farther north to raise young in nests close to trees and shrubs called colonies, often with other large waders including the great blue heron.

During breeding season, a patch of skin on the bird’s face turns green, contrasting with the bright yellow bill. Males perform fancy courtship displays, opening up and fluffing their white plumes that grow to extend beyond their backs.

Both male and female build a platform-style nest of sticks in a tree or shrub often toward the top and above or near water. The female lays three to four greenish-blue eggs and gets help from her mate during incubation.

When the young hatch in about 24 days, the nestlings begin their incessant croaking—getting louder as they grow older—and beg for regurgitated food from their parents. 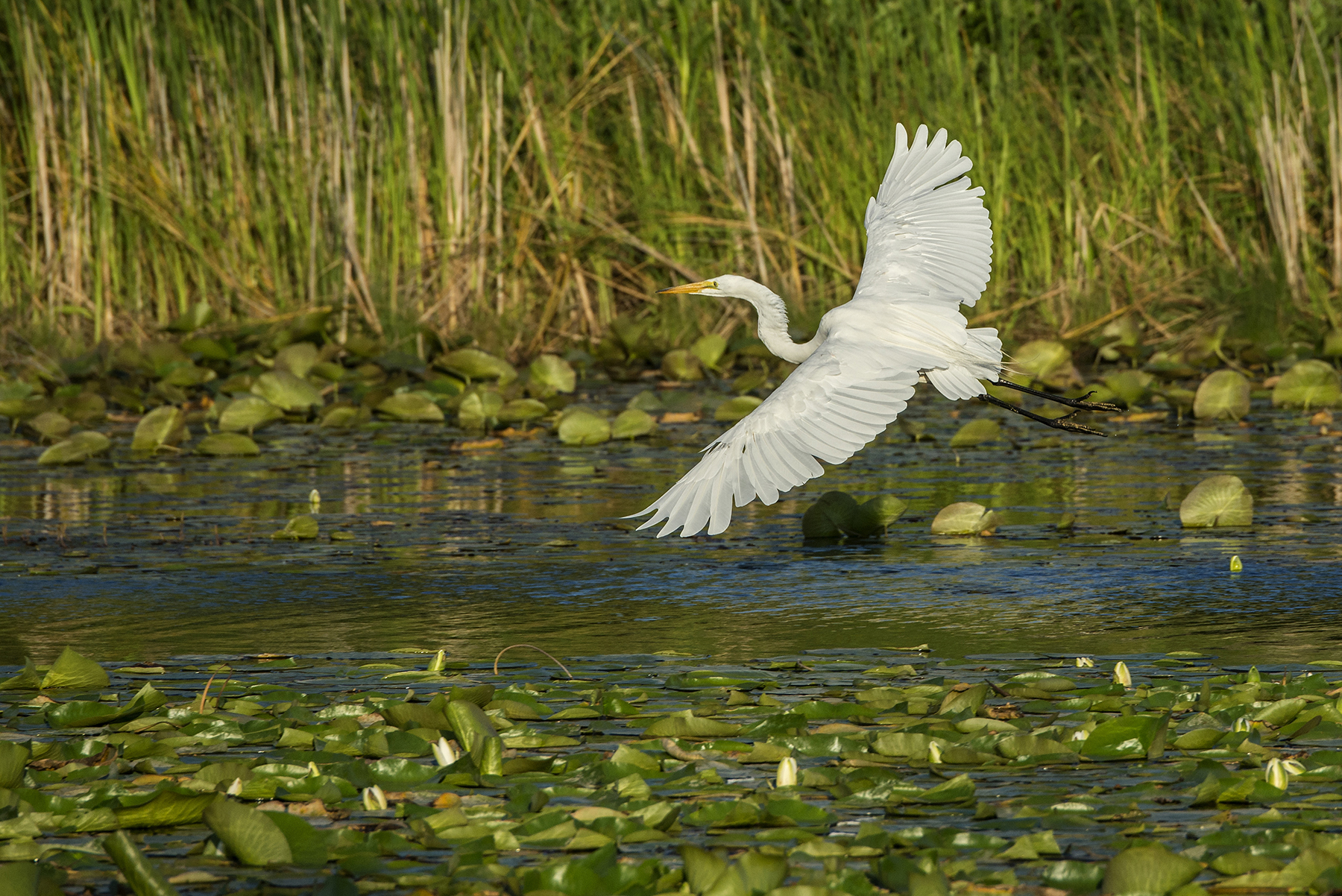 A great egret in flight over the lagoons. Photo © Carol Freeman

The great egret mostly eats fish, but it also dines on frogs, snakes, and aquatic insects such as dragonflies, and even grasshoppers and rodents in fields near their nesting territories.

The egret wades slowly through the water up to its belly looking for prey. Suddenly, it will stop and stand still, its motionless legs likely looking like branches to a fish, which will come closer, and then get snatched up by the hungry wader. The bird swallows the prey head first, sometimes having to flip it up in the air and catch it so it will be in the right direction to go down smoothly.

Come late summer and autumn, great egrets gather in loose feeding flocks, sometimes creating a sea of white in a wetland and a stunning spectacle for observers. 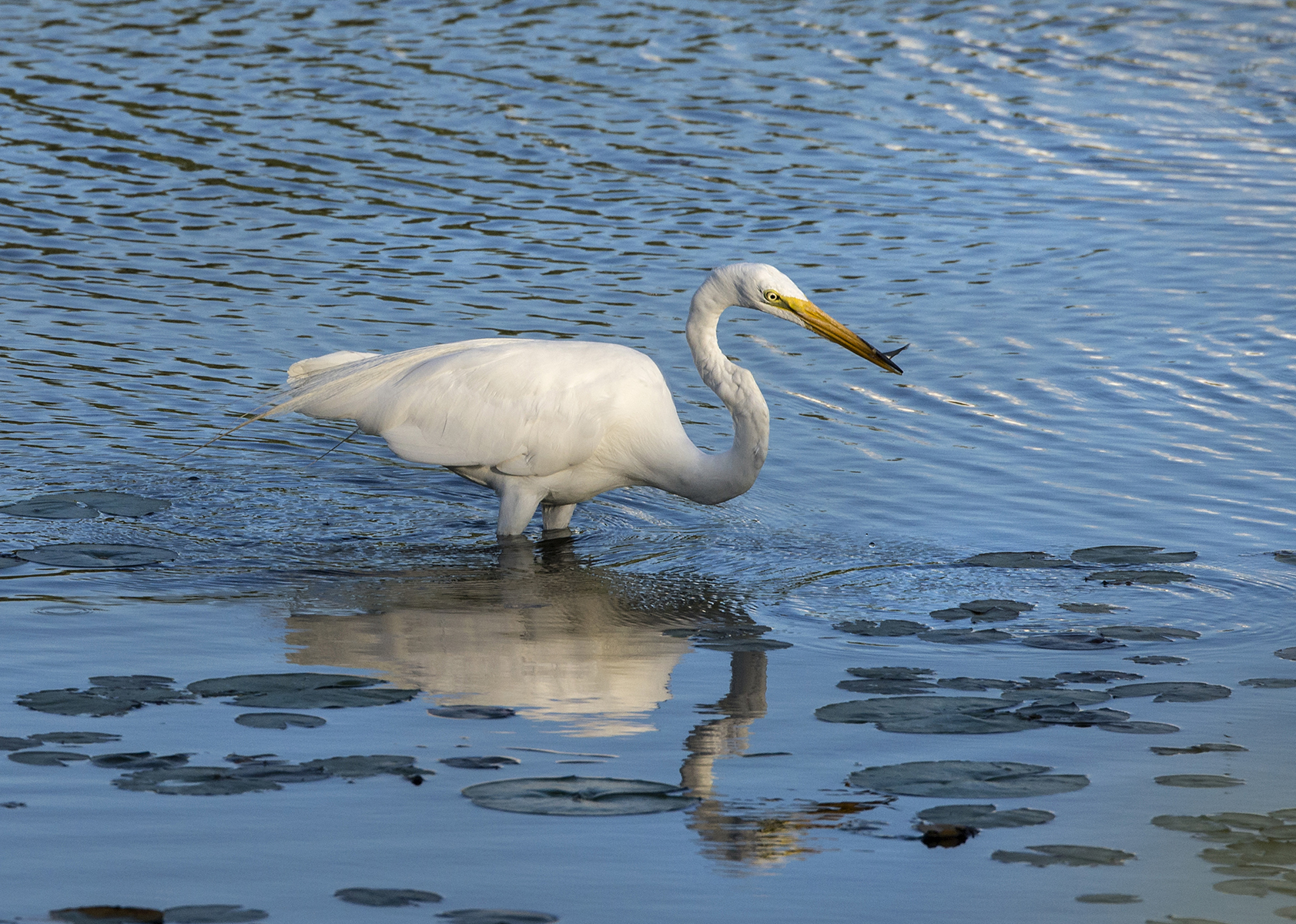 Once on the state endangered species list, the great egret is doing well in Illinois; however, habitat loss and water pollution may threaten its future. Visit Baker’s Lake in Barrington to watch the great egret during breeding season and McGinnis Slough in Palos Park late summer to watch large feeding flocks as they head south for the winter.