On a walk through the Chicago Botanic Garden, you are likely to encounter dozens of woody plants—short, tall, flowering, or simply lending structural beauty to a landscape. It’s OK to have a favorite. Phillip Douglas, the Garden’s new curator of woody plants, is not shy about listing his top picks.

Spending his first summer in Glencoe, Douglas is especially taken with the variety of oaks at the Garden. The horticulturist points out the deep purple leaves on the English oak tree (Quercus robur ‘Purpurascens’) in the meadow east of the English Walled Garden, and the cutleaf emperor oak (Quercus dentata var. pinnatifida) growing near the road south of the Regenstein Learning Campus. 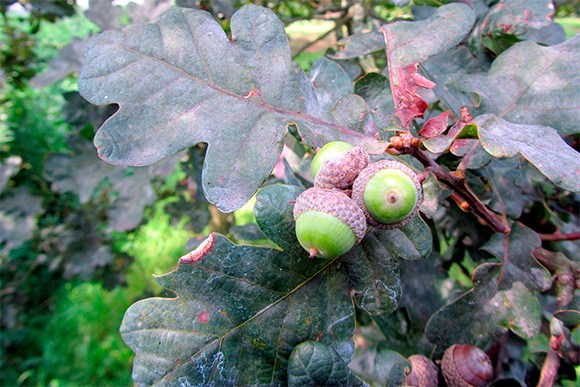 He favors the narrow, upright Regal Prince oak (Quercus × warei ‘Long’)—in the rainwater glen on the southeast corner of the Daniel F. and Ada L. Rice Plant Conservation Science Center—for smaller landscapes. He describes Regal Prince as a hybrid oak that is columnar in shape. Along with a similar hybrid, Kindred Spirit (Quercus × warei ‘Nadler’), it is readily available in nurseries. “The big push in the industry now is hybrid oaks that are fastigiate (column-like) trees,” he explained. “If someone would like an upright oak in a home landscape, either is a good option to consider.”

Douglas credits his fascination with the oak species as his entry point into the field of horticulture. During an internship at the Boone County Arboretum in Kentucky, “I started getting interested in oaks, started collecting oaks for my house, and the obsession grew from there,” he said. The outdoors has always been a part of his life, from growing up in Kentucky close to water and woods, to his years as a Marine. His transition into horticulture felt natural, he said.

Douglas is eager to share his knowledge with Garden visitors and to help build the woody plants collection.

“Woody plants fulfill such a role for us and for the environment,” he said. “They provide so much for us, and they really fulfill an important niche in our landscapes.” The benefits of such plants include providing shade, reducing storm water runoff, and providing habitat for animals and insects.

“Oak is an incredibly enormous, diverse genus,” Douglas said. “There are about 500 species that grow all over the world. You can have anything from a very small shrub to large trees that can be thousands of years old.”

Among his first projects are the development of the oak and willow collections, and a review of all such plants already on-site.

Douglas will also be helping to organize trips to collect plants in the wild with Andrew Bunting, assistant director of the Garden and director of plant collections. Collecting trips are planned for the summer and then fall to domestic and international locations with similar growing climates to Chicago.

“Both his passion and previous collecting experiences will be immediately useful in two collecting trips Phil is helping coordinate to Kentucky and Tennessee and Azerbaijan,” said Bunting, who was delighted to welcome Douglas to his team in April. “Phil Douglas has been a wonderful addition to the collections teams at the Chicago Botanic Garden.  He brings extensive woody plant knowledge to the Garden, especially with the genera Magnolia, Quercus, and Populus.” 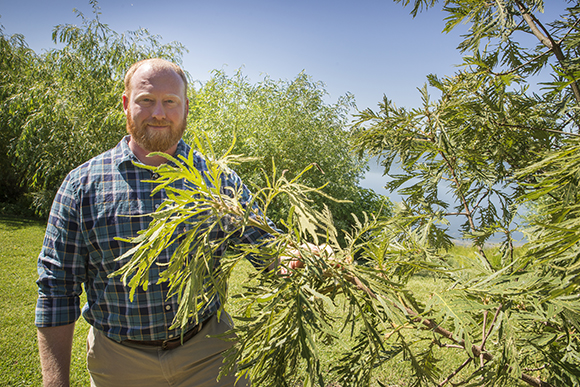 Back in his office in the Horticulture Building, Douglas is surrounded by plans for the near future. On the desk sit outlines for wild-collecting trips. Just outside of his window, construction continues on a new garden. His first months in Glencoe have been both overwhelming and energizing. “I like the variety of the things that I get to do, and I’m excited to help develop the collections and to add to the Garden,” he said. 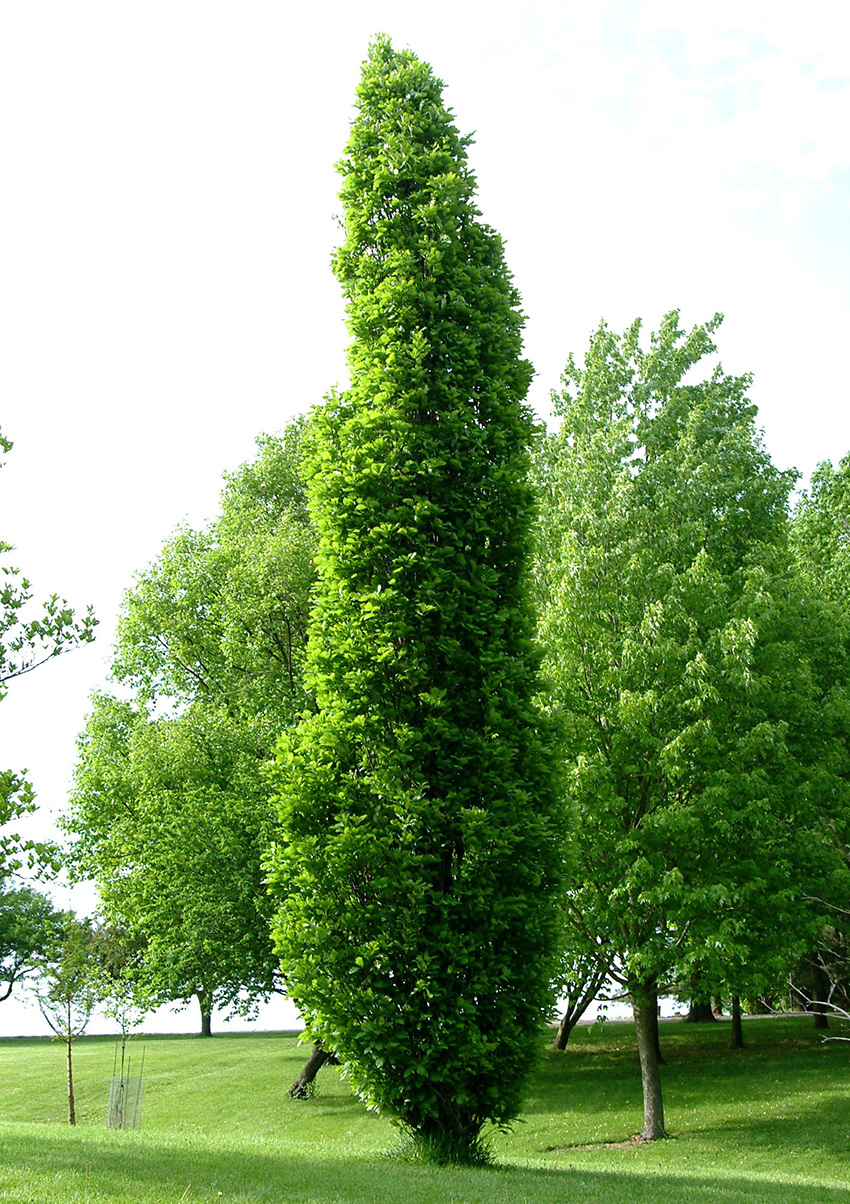