Making the trains run at the Model Railroad Garden

At the Model Railroad Garden: Landmarks of America, you see model trains chugging charmingly through the trees, mountains, and cityscapes, and clacking across bridges as they merrily toot their horns.

You don’t see the workshop crammed with test tracks, a lathe, a drill press, soldering irons, a drawer filled with spare train motors, dozens of bins of spare parts, and rows of small jars of paint labeled “CNW yellow” and “Wisconsin Central maroon.”

But that’s what keeps the trains rolling at the Chicago Botanic Garden.

A room in the basement of the Regenstein Center is the hive of repair activity for the Model Railroad Garden. There are also ghost trains for Night of 1,000 Jack-o’-Lanterns. That is why there is a staff of three year-round engineers and 18 seasonal engineers, helped by 66 volunteers, that keep the repair shop busy year-round. 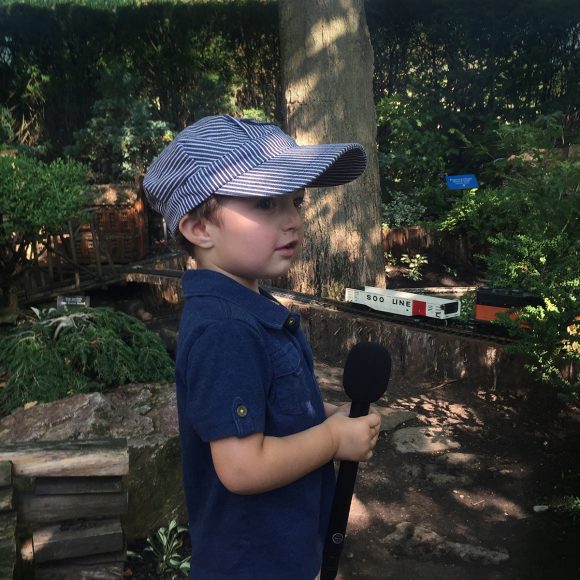 This summer, a few of our younger visitors got a chance to interview our engineers. View the video on YouTube here.

The work is crucial. The Model Railroad Garden has 350 model railroad cars and 125 engines, and during the season, they run on a punishing schedule: eight to nine hours a day, seven days a week.

“The trains are not designed to operate the way we operate them; companies will not design them that way,” said chief engineer Dave Rodelius. “So we just continually use up the trains, and when they’re used up, we discard them. We get two of everything. When one breaks down, we replace it with the other.”

The engineers replace motors, wheels, and track—400 feet of track a year. They repair motors. They wire the electronics that make the trains run, testing the trains on the workshop tracks before putting them into service; incorrect wiring causes the fuses to blow. They install circuit boards with electronic sound cards that make horn or bell sounds when the train travels over magnets.

They also invent their own fixes. They have to. 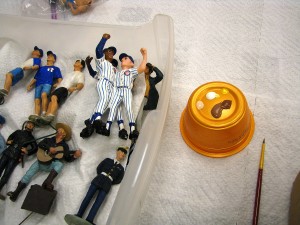 “The Amtrak train hasn’t been made since 2004; we couldn’t get wheels anymore,” said operating engineer John Ciszek. “So we re-engineered the truck assembly (which holds the wheels) with a bolster plate.” Now they can replace the wheels with ones still being made.

And when they need a part that doesn’t exist, they have it custom engineered.

The behind-the-scenes work continues outside. Discreetly tucked away in the Model Railroad Garden is a shed that stores cars and engines overnight, and another that houses banks of remote controllers that operate the engines and their charging stations. A board fitted with small colored lights shows the direction each railroad line is operating—green for clockwise, red for counterclockwise.

The constant work is a labor of love. Rodelius, Ciszek, and maintenance technician Dave Perez have been model railroad enthusiasts themselves since they were children.

“Most of the engineers have their own layouts in their basements,” Rodelius said. “It’s the perfect job for most of the people here. They love it. You can’t keep them out of here.”