Many of the 5,000 plants in the Krasberg Rose Garden have interesting and even historic stories about their origins, names, and breeding. Here are just a few. 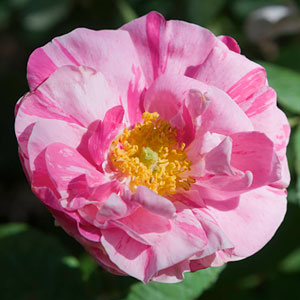 Species roses are the wild roses that nature created. They’re hardy, indestructible, disease-resistant, carefree, generally five-petaled, and often offer up large, juicy rose hips in the fall. Ancient and storied, Rosa gallica was first famous as the medicinal “apothecary’s rose,” the oil of which was said to cure many maladies. In the late fifteenth century, it became the symbolic red rose of the House of Lancaster, a faction then fighting to rule England (in a battle later called the War of the Roses). ‘Versicolor’ is naturally striped. 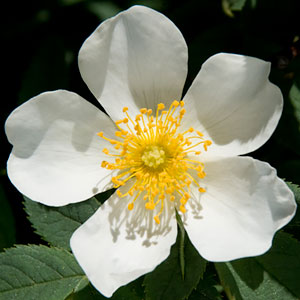 The White Rose of York (symbolic of the House of York) was Rosa x alba. Postwar, in the late fifteenth century, King Henry VII combined the emblems of the two houses—white rose and red rose—into the Tudor Rose, the symbol of a united kingdom, usually shown with the white rose at the center of the red. 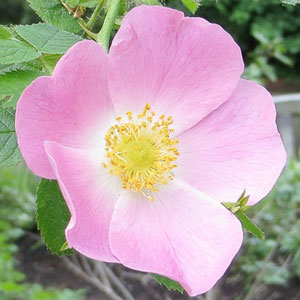 One of the most beautiful of the world’s more than 250 wild, or species, roses, R. rubiginosa has been well known for centuries in its native Europe for two reasons: First, for the dense and thorny hedgerows it can form and, more pleasantly, for the amazing green-apple scent of its leaves (a much-desired trait passed on to some descendants). Also known as “the eglantine” (from a Latin word for thorny), this rose’s written record reaches back to a sixteenth-century herbarium (apothecary’s list) and to Shakespeare’s A Midsummer Night’s Dream. 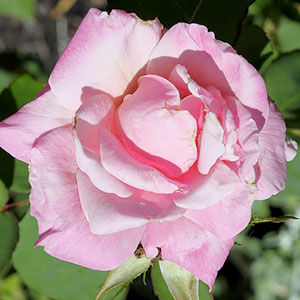 Chic, formal, and fragrant, the new race, dubbed the hybrid tea, forever changed the world of roses. French, English, German, and American breeders, professionals and amateurs alike, developed tens of thousands of hybrids teas. The year 1867 marks the introduction of ‘La France’, a cross between a hybrid perpetual and a tea rose that yielded a new look and a coveted prize: a flower with large petals wrapped tightly into a pointed, high-centered bud. 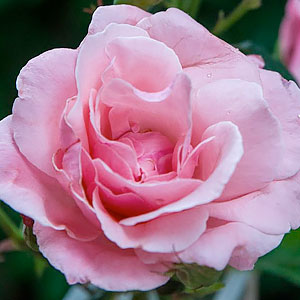 The ‘Queen Elizabeth’ rose honored Her Majesty’s 1953 coronation, and was so unusually beautiful that a new category—Grandiflora—was created especially for it. 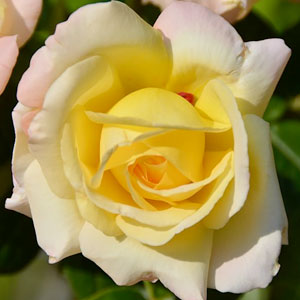 Although originally named for its French breeder’s mother, this rose was introduced in America in 1945, just as World War II ended, and thus was christened ‘Peace'. The hybrid tea’s name and lovely colors—creamy yellow, edged in pink—captured the American public’s imagination then and now: ‘Peace’ continues to be one of the top-selling roses of all time. 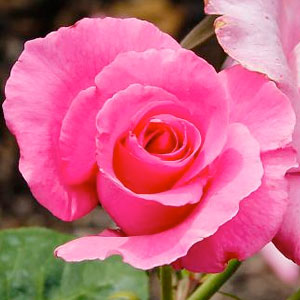 Throughout history, the name of a rose has been a sign of its time: modern rose names often refer to individuals or cultural trends, while heirloom rose names often spoke of geography, botanical traits, or medicinal uses. Like many recent roses, this hybrid tea has two names. ‘MEIzeli’, its registered cultivar name, begins with the first three letters of its breeder’s surname (Alain Meilland introduced it in 1992). And, yes, its exhibition name honors former Beatle Sir Paul McCartney, to whom it was dedicated as a birthday gift by record executives in 1993. 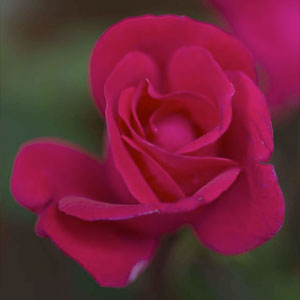 An outstanding 2000 All America Rose Selections winner, this drought-tolerant, cold-hardy, disease-resistant rose is truly an accomplishment in the rose-breeding industry. It is a 3-foot by 3-foot landscape, or shrub, rose covered with neon cherry blooms throughout its long growing season. While the original Knock Out rose is a cherry red, single-flowering shrub, additional color breakthroughs have been developed in this highly successful series.

Garden rosarian William Radler, who bred and introduced Knock Out, tested its resistance to black spot by gathering and drying infected leaves from other roses. He then ground these leaves into a powder, which he spread over the leaves of his Knock Out roses. Although black spot is one of the greatest challenges of growing roses, Knock Out showed no spotted, yellow leaves, or defoliation, confirming the fact that it is a strong performer, even when surrounded by infected roses. From a designer's viewpoint, a mass of these red roses complemented by fountain grass (Pennisetum alopecuroides) and lavender-flowered Russian sage (Perovskia atriplicifolia), would create a striking effect in any garden. Find out more about shrub roses in general in Plant Evaluation Notes #11.

Roses
at the Garden

Walk through the Rose Garden 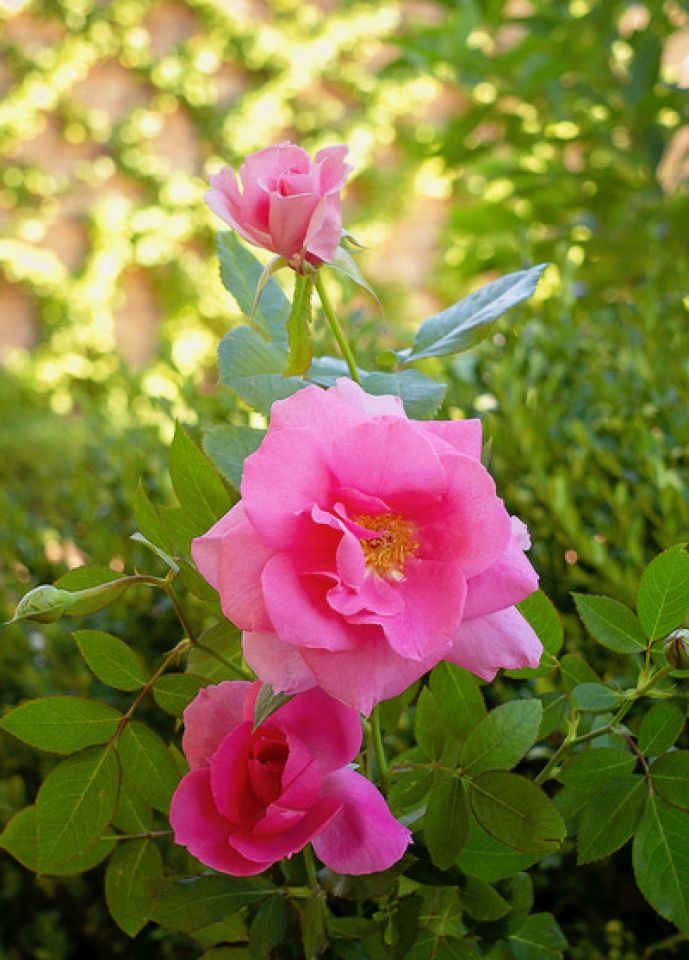 Rose Information
From the Experts

How to Grow Roses

Time to Uncover the Rose Garden

Explore roses and get hands-on experience planting, growing, and pruning.

Take a class at the Garden.