Looking for a replacement for an ailing ash tree?

The first three selections are Chicagoland Grows® introductions. Use the GardenGuide app to locate these trees within the Garden and to learn more about them. 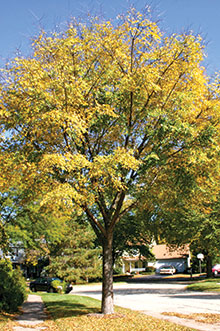 Named by the Society of Municipal Arborists as the 2012 Urban Tree of the Year, Accolade™ elm is one of the top-performing trees for urban and residential planting in the Chicago region. This hybrid elm provides the iconic vase-shape American elm habit but is resistant to Dutch elm disease and elm leaf beetle. 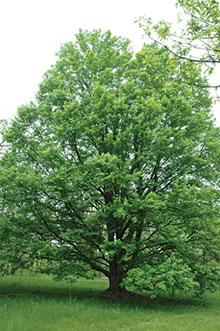 This maple is very hardy and free of pest and disease issues. The golden-yellow fall color, uniform habit, and tolerance to urban pollution make it an excellent candidate as a street tree. Unlike the widely planted Norway maple, miyabe maple is not invasive in our region and should be planted as a replacement for ash or Norway maple. 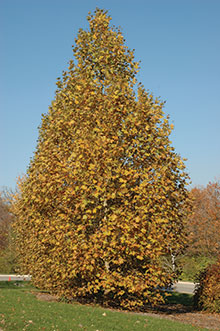 Selected for its uniform, upright pyramidal habit and resistance to frost cracking and anthracnose, this planetree has excellent tolerance to urban landscape settings. The exfoliating bark that has made planetree a popular ornamental is very prominent with this selection, providing year-round interest especially in the winter months. 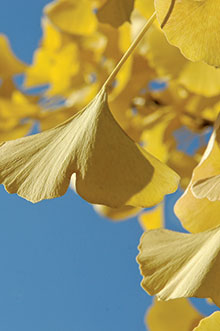 One of the finer selections of ginkgo, 'Autumn Gold' has a more upright habit that is maintained with maturity. This male selection does not produce messy, foul-smelling fruit, and its bright golden-yellow fall color has made the ginkgo one of the most beloved shade trees each autumn. 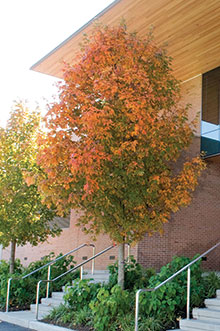 Another wonderful shade tree for fall color, Fall Fiesta™ is a beautiful selection of our native sugar maple. Although sugar maples lack tolerance to the heat of crowded urban areas, they perform very well in parks and parkways. Fall Fiesta™ displays brilliant autumn shades of orange and red. 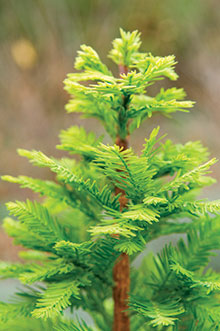 The bald cypress is one of our most beautiful, versatile, and adaptable native trees. It's extremely drought tolerant once established, with finely textured, feathery foliage that turns a rusty orange-brown in the fall. Shawnee Brave™ is an upright narrow selection for those landscapes with limited space.