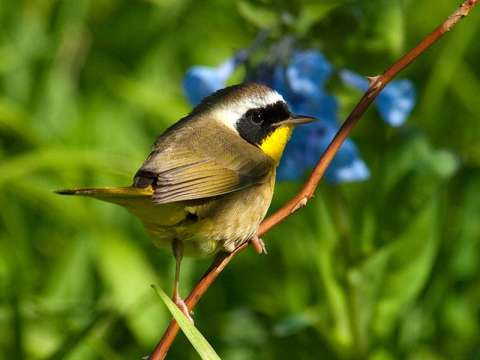 Description: A common warbler most often seen in shrubby areas in summer, especially those associated with the Dixon Prairie.