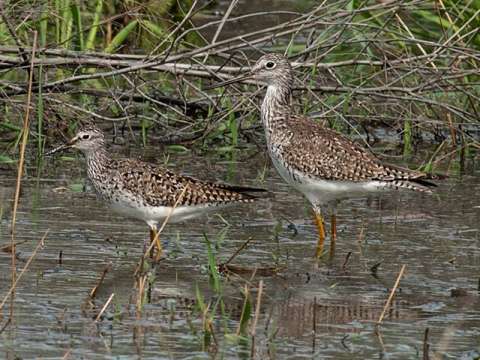 Description: Often seen along the shores of Marsh Island in the Dixon Prairie or the mudflats to the south, this bird appears like a small version of the greater yellowlegs .