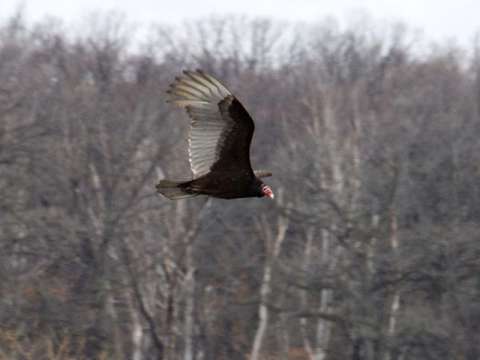 Description: This slow-flying carrion eater is sometimes found on the ground feeding on dead fish, but is usually seen flying over, mostly in pairs or small groups.