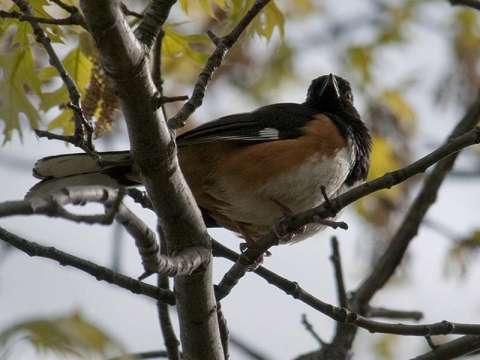 Description: The eastern towhee is a bird of shrubby habitats, but is not often spotted at the Garden.