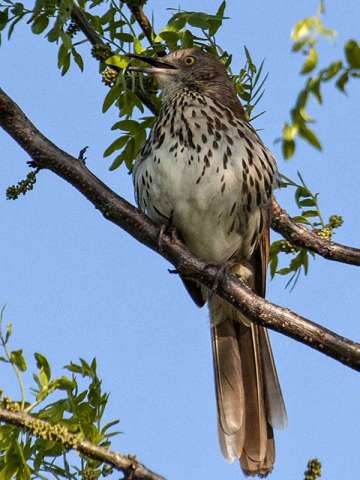 Description: A loud member of the mimic family of birds, the brown thrasher is characteristic of shrubby habitats.