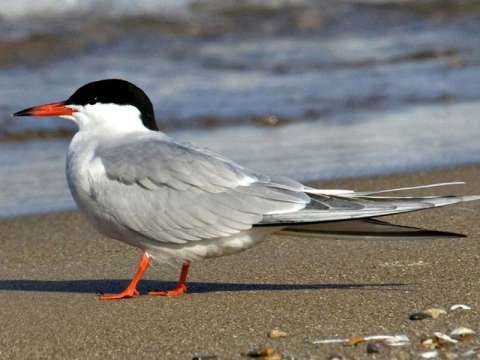 Description: Although not as common as its name suggests, this state-endangered species may be seen flying over or possibly standing on a mudflat.