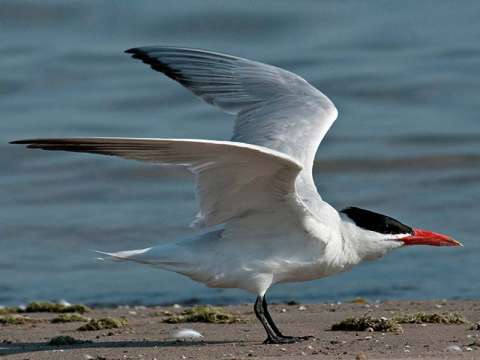 Description: This is a fairly common large tern most often seen flying over the lakes or standing on mudflats south of the Dixon Prairie.