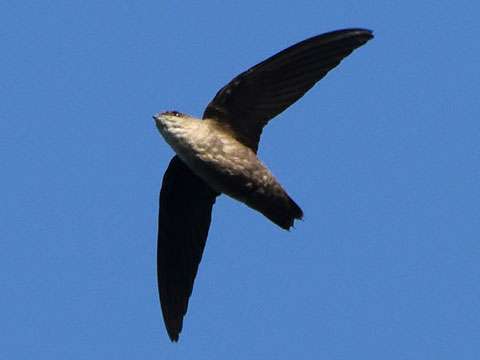 Description: The Garden's lone swift species is exclusively seen flying overhead in small groups while chasing insects. In the evening, they dive into open chimneys where they roost and nest.