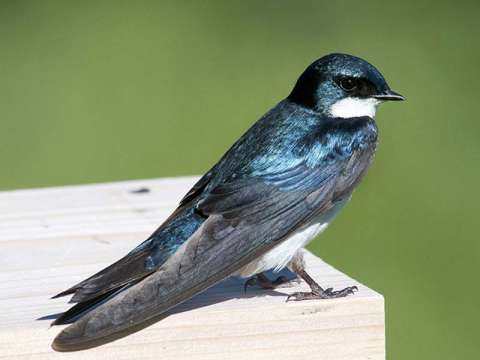 Description: One of five species of swallows seen at the Garden. Look for them flying around the Dixon Prairie where they nest in birdhouses placed out for them and bluebirds.