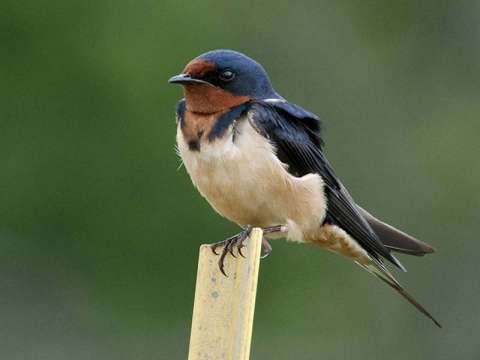 Description: This swallow is most often seen flying over the lakes looking for insects, especially closer to bridges where they build cup-shaped mud nests.