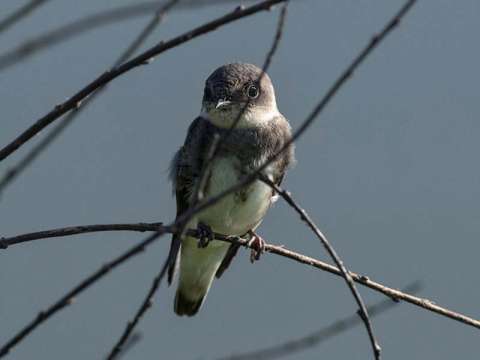 Description: The bank swallow may be visible flying over the Garden in spring.