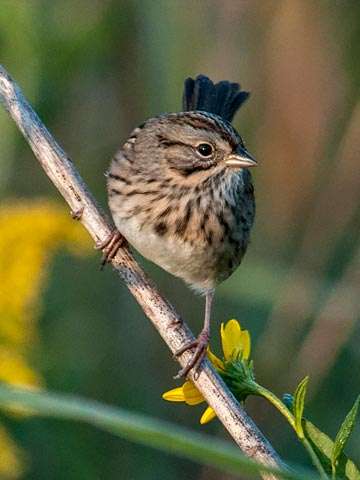 Description: This bird of northern bogs is only seen at the Garden on migration. Look for it in shrubby areas and on the Dixon Prairie.