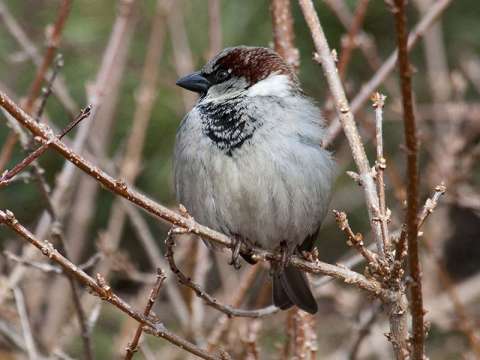 Description: A very common exotic species of weaver finch, this little pest competes with and can kill native, cavity-nesting species like bluebirds and tree swallows. They are also serious competitors with purple martins.