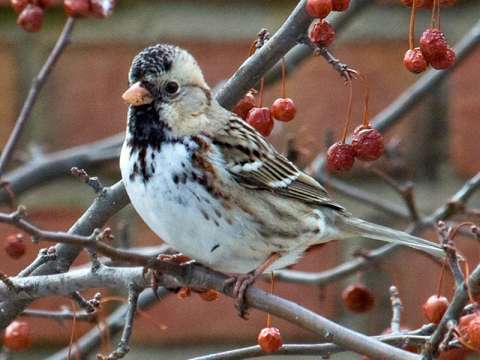 Description: This bird of the stunted northern forest makes a rare visit if it strays east of its normal plains migration route. It is visible across the Garden and normally on the ground.