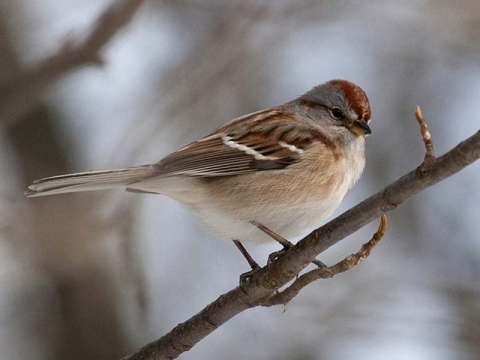 Description: This tundra nester only visits the Garden in late fall through early spring. Look for it foraging for seeds on the surface of the snow in the Dixon Prairie.