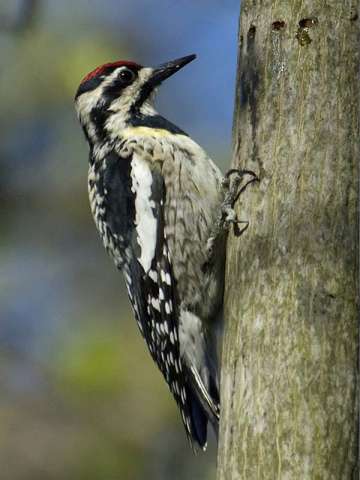 Description: This migrant species may be spotted in trees. Look for rectangular groupings of small holes in the bark of trees to see where they have been drilling their sap wells.