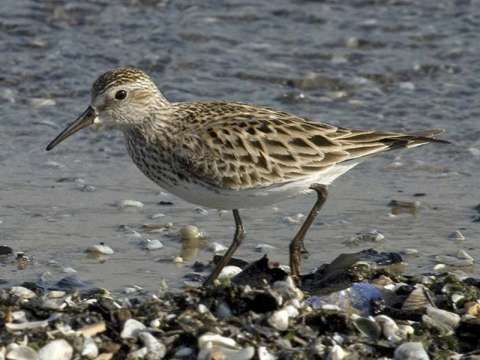 Description: Look for this rare, medium-sized shorebird on mudflats and exposed shoreline.