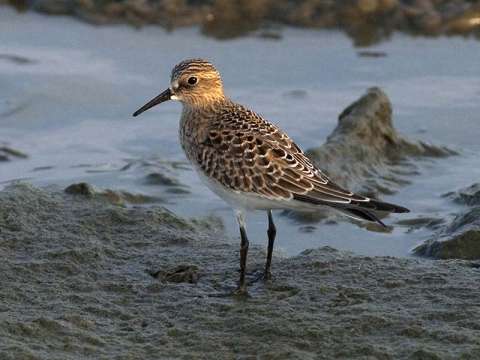 Description: This rare shorebird can be seen on mudflats and exposed shorelines.