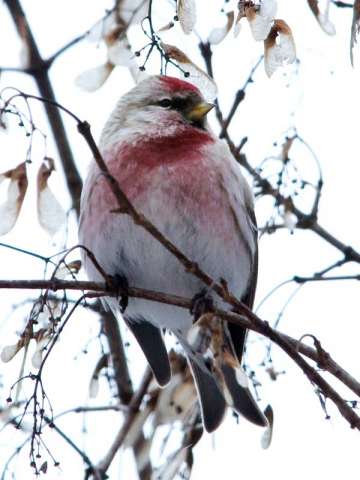 Description: Good luck with this one! It's a whiter, frostier version of the Common Redpoll, but even the hard-core birders don't always agree on the identification of this species. Hang around with the experts at the Enabling Garden and perhaps they can point one out to you. Look for this tundra-breeder traveling in a flock of common redpolls or goldfinches and siskins. This rare visitor is most likely to be found in alders or birches in winter feeding on seeds in cones and catkins.