Rare Winter Birds at the Garden 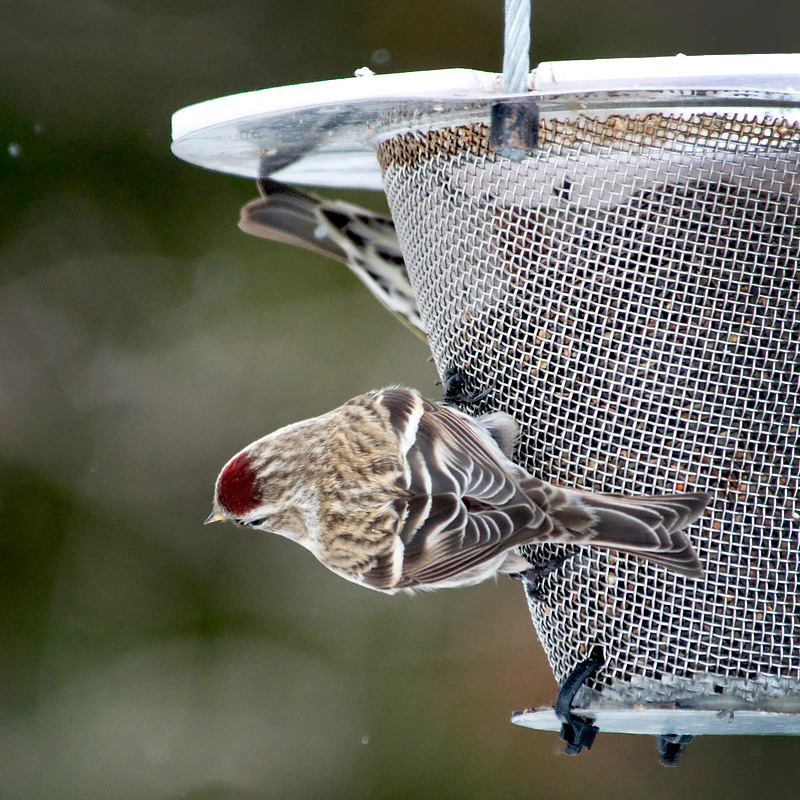 Some winters, the Chicago Botanic Garden welcomes unusual visitors. The Enabling Garden has hosted four bird species that usually live in northern boreal and mixed coniferous forests. They come to feast on birch catkins, alder seeds, and spruce cone seeds as well as on thistles in feeders right here at the Garden. Birders and photographers point binoculars and cameras to the trees and feeders to get a closer view or snapshot of these handsome northerly visitors. Amid the chatter of birders and photographers are the insistent, buzzing calls of pine siskins, the most common of the four winter birds visiting the Garden.

Typically you'll see some siskins in northern Illinois and at the Garden every winter, but sometimes, we have a banner year for these lovely little birds—with more than 30 visible at one time. Flocks of common redpolls sometimes join the siskins, and birders might even spot the rarest of the rare—a hoary redpoll. A flock of 50 white-winged crossbills was even spied enjoying the seeds from cones of a black hills spruce near the Enabling Garden.

Why were they here?

Siskins, redpolls, and crossbills belong to the finch family and usually feed on seeds from trees growing in the northern forests of the United States and Canada. Siskins eat seeds from conifers and readily come to thistle feeders in winter. Redpolls prefer birch seeds, also adding alder, pine, and elm seeds to the menu when necessary. They will also come to feeders with thistle. White-winged crossbills prefer seeds of spruces with small cones, as well as tamaracks, hemlocks, and to a lesser extent, white pines. They will also eat sunflower seeds from a feeder.

In the summer, all of these birds eat insects and feed them to their young—but in winter, they must rely on tree seeds. And in some winters, smaller-than-normal seed production forces these birds to fly south looking for food at feeders, in garden plantings, and in the wild. Seed production on trees varies from year to year. It is the tree's way of saving energy. But in some years, trees across the northern region take a break from producing so many seeds. And if snow covers the seeds on trees, these birds have to fly further south to look for food. Places like the Chicago Botanic Garden can offer respite for these northerly visitors in winter.

How to identify them