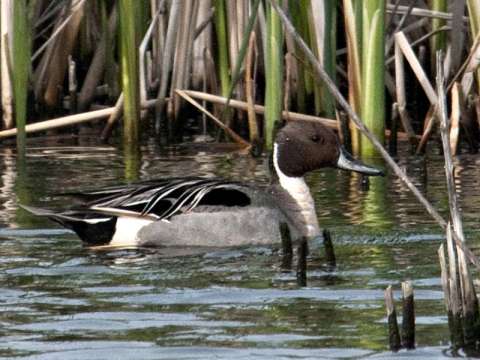 Description: An unusual sight on the lakes or flying over, this is not a diving duck.