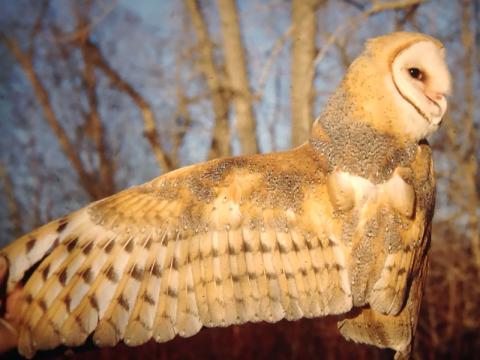 Description: Spotted on Evening Island, the barn owl is rarely seen in this region now. Historically, however, they were more common. That's when Illinois was covered with pasture land. This nocturnal owl is known for its heart-shaped face, and its acute listening skills come in handy for hunting small mammals on the ground.