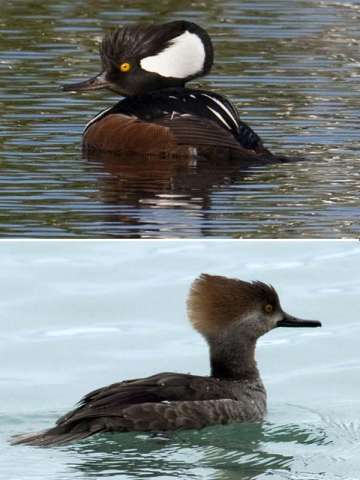 Description: This is a fish-eating duck that can be found diving in Garden lakes.