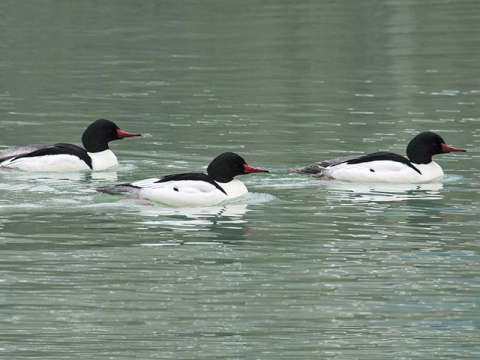 Description: This rare, large, fish-eating duck with a narrow toothed bill may be seen diving on the lakes.