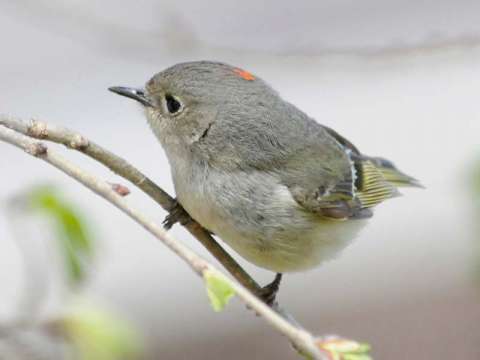 Description: This tiny migrant is most often seen in wooded areas of the Garden very early in the spring and late in the fall.