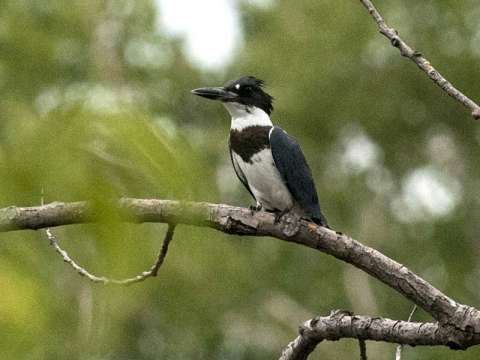 Description: This medium-sized, fish-eating bird is often seen perched while searching for small fish, or heard giving a rattling call as it flies from on perch to another. It nests in tunnels it digs into stream or lake banks.