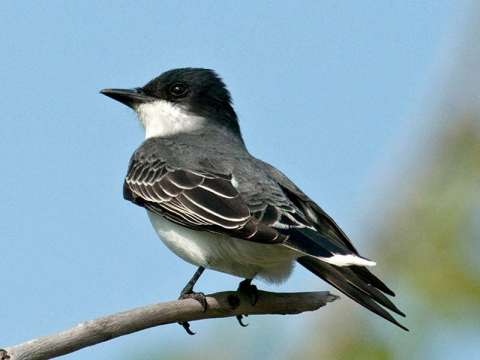 Description: Spot this easily-recognized species in summer, close to the water's edge where it nests and feeds among widely scattered oaks and other trees.