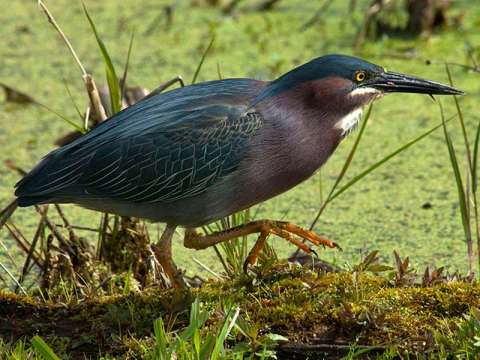 Description: This is a small, hunched-up heron, visible on logs in the water, stalking prey along the shore, or flying overhead.